A businessman who tried to buy a $7-million West Vancouver mansion is suing the seller of the property and his real estate company after they failed to return over $87,000 of his deposit after the real estate deal collapsed.
Jane Seyd Sep 14, 2019 1:33 PM

A businessman who tried to buy a $7-million West Vancouver mansion is suing the seller of the property and his real estate company after they failed to return over $87,000 of his deposit after the real estate deal collapsed. 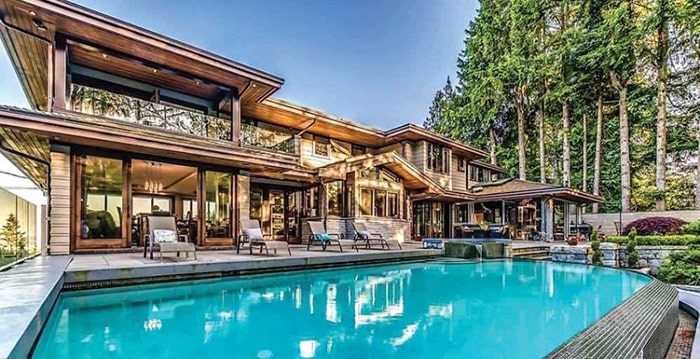 A real estate deal for a house at 915 Groveland Dr. allegedly fell apart over CRA residency of the seller. Photo supplied Realtor.ca

The lawsuit filed in B.C. Supreme Court Aug. 23 centres on the sale of a 6,600-square-foot house at 915 Groveland Dr. in the British Properties.

According to court documents, on March 7 of this year, Ryan Holmes agreed to buy the 10-year-old mansion for $7 million and paid a deposit of $354,000. The deal was to complete in May.

Under the terms of the contract, however, before that date, the seller Guo Zhu He was to sign a declaration about his residency status in Canada under the Income Tax Act.

But shortly after, “whether the seller was or was not a non-resident pursuant to the act became an issue,” according to the lawsuit.

The completion date for the deal was pushed to the end of July.

But as part of that agreement, Holmes said he needed a signed declaration that He was a resident of Canada seven days before the completion date.

When real estate is bought from someone who is considered a non-resident of Canada, the seller has to submit a form to the Canada Revenue Agency along with 25 per cent of the capital gain made on the property sale. If the seller doesn’t pay the tax, the buyer will be held liable to pay the amount by Revenue Canada.

In this case, when that declaration wasn’t provided, Holmes informed the seller he considered the contract to be void and asked for a return of his deposit, according to the lawsuit.

The real estate company returned about $226,000 of the amount, but kept almost $88,000, stating that the remainder could not be provided until both buyer and seller signed a “trust release,” according to court documents.

The seller has still not signed that, according to the lawsuit.

Holmes is asking a judge to order the real estate company and seller to return the rest of his deposit.

Real estate listings describe a sun-drenched infinity pool, outdoor fireplace overlooking a lake, media room and natural stonework among the features of the five-bedroom, seven-bathroom home. BC Assessment listed the value of the property in July at $6.5 million.

No reply to the lawsuit has been filed and none of the allegations have been proven in court.