B.C. city sued for giving OK to building that has no architect

In a case that could reverberate around the province, Langford and its chief building inspector are being sued for issuing a building permit for an apartment building not designed by an architect.
Jun 13, 2019 9:12 AM By: Times Colonist

In a case that could reverberate around the province, Langford and its chief building inspector are being sued for issuing a building permit for an apartment building not designed by an architect.

Langford chief building inspector Jerry Worobec issued a building permit in 2016 for a five-unit building at 689 Hoffman Ave. known as the Hoffman Complex, which was “planned, designed, and erected without the involvement of an architect,” according to a petition filed in B.C. Supreme Court in Vancouver on behalf of the Architectural Institute of B.C. 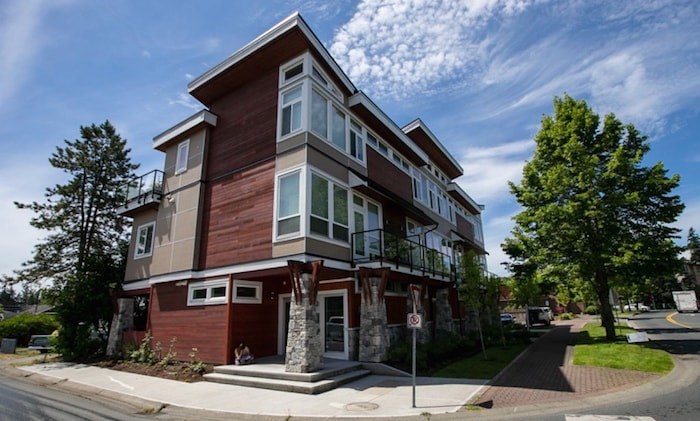 That is contrary to the provincial Architects Act, which prohibits a person other than an architect from designing an apartment with five or more dwelling units, the petition says.

The lawsuit seeks a declaration from the court that the decision to issue the permit was unreasonable because the drawings submitted “were not in compliance with a provincial law [the Architects Act] relating to the safety of buildings,” and “were prepared by an unlicensed person who provides design services, not an architect, contrary to the Architects Act.”

An occupant alerted the Architectural Institute of B.C. of the situation in 2018, after the Hoffman Complex had been constructed, the petition says.

The petition says that while the case is about a single permit for a single building, “the issue is one of provincial scope and province-wide importance.”

“The City of Langford has taken the position that its chief building inspector has no obligation to check whether plans and drawings submitted in support of an application for a building permit are compliant with the Architects Act,” the petition says.

“The petitioner says that such an approach increases the risk of improper building design and that it is unreasonable to issue permits on the basis of plans or drawings that are non-compliant with a provincial law that relates to building safety and public protection generally.”

The lawsuit incensed Langford Mayor Stew Young, who said the municipality’s responsibility is to make sure a building is up to code — not to be a gatekeeper for a private professional organization.

“They want to get municipalities to do their enforcement. They’re the ones making the money, but I’ve got to do the enforcement for no money,” Young said.

He said adding another step to the approval process increases costs — something that should be avoided when there’s a housing crisis.

“They’re going after Langford because we’re small. I don’t have the money to go defend people that are building units and don’t use an architect,” Young said.

Young said he would like the province to undertake a review of the Architects Act, which, he said, is out of date given the advent of computer-generated design and availability of off-the-shelf building designs.

Whether a building is designed by an architect is not his concern or responsibility, Young said.

“When you put an application into Langford, it has to be to code. And they are. Every building that we’ve done is to code.”