The average home in Metro Vancouver is priced at more than four times what a typical Millennial can afford, according to a study released June 13 by housing advocacy group Generation Squeeze.
Jun 13, 2019 2:00 PM By: Joannah Connolly

The average home in Metro Vancouver is priced at more than four times what a typical Millennial can afford, according to a study released June 13 by housing advocacy group Generation Squeeze.

The million-dollar-plus price tag for an average home in the region would have to be reduced by $795,000 – about three-quarters of the current value – to under $250,000 to be achievable for a 25-34-year-old on a typical annual salary, according to Straddling the Gap. 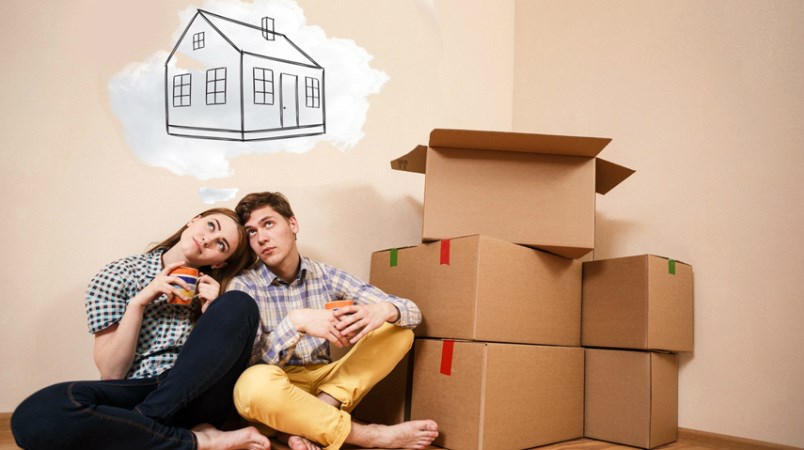 Couple wants to buy a home/Shutterstock

That’s based on the buyer spending 30 per cent of their income on mortgage payments, having a 20 per cent down payment, and on current available interest rates.

Alternatively, a buyer’s typical full-time earnings would need to increase to $200,400 per year – nearly four times current levels – to afford the average Metro Vancouver home, said the report. It added, “Based on the last decade, actual earnings are expected to be flat.”

The report also said that a Millennial buyer saving for a 20 down payment on an average priced home ($1,050,000) would take 29 years, if saving 15 per cent of their typical pre-tax income each year. That’s longer than some of those buyers have been alive, and 23 years more than in the mid-1980s when some of their boomer parents were buying homes.

A look at the region’s MLS reveals only a couple of dozen homes currently available under the affordable $250K price tag, not counting manufactured homes and fractional ownership. 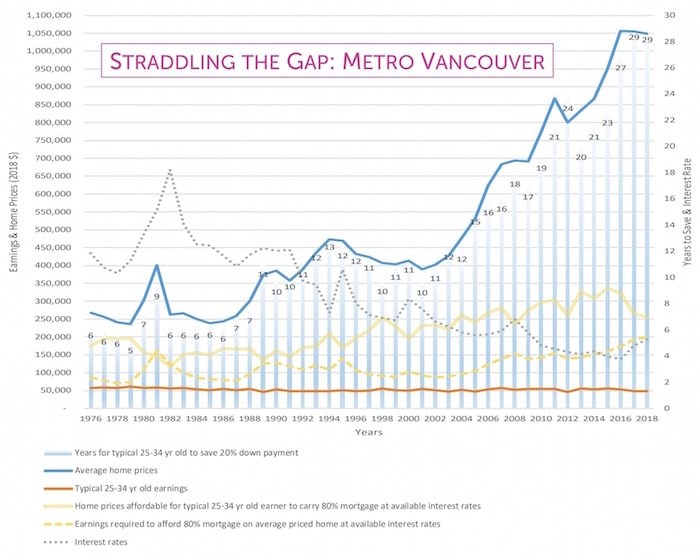 Across B.C., the report said that average home prices would need to fall $452,000 – about two-thirds of the current value – to achieve the $250K price tag affordable for a typical Millennial buyer, or salaries would need to triple. The number of years to save for a down payment on an average home in the province (just over $700K) is 19 years.

Generation Squeeze is working with the Canada Mortgage and Housing Corporation, and makes a number of recommendations to help improve general affordability for young Canadians. These include: