The Central Lonsdale townhouse that was once used as an illegal hostel is now on the market after a judge ordered it to be sold.
Sep 27, 2020 11:34 AM By: Brent Richter 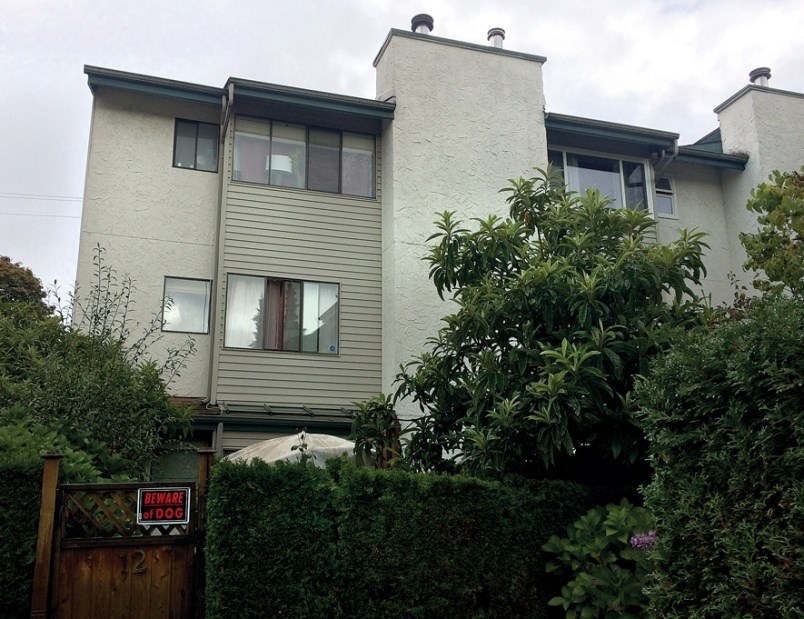 A Central Lonsdale townhouse at the centre of a long controversy is now listed for sale by order of a B.C. Supreme Court judge. photo Kevin Hill, North Shore News files

For sale: One townhouse. Three bedrooms, but sleeps up to a dozen or more.

The Central Lonsdale townhouse that was once used as an illegal hostel is now on the market after a judge ordered it to be sold.

Owner Emily Yu was found in contempt of court in 2018 for disobeying court orders to stop allowing short-term rentals in her unit, which she advertised as the Oasis Hostel on various sites like Airbnb and Hostelworld.com. She later came into compliance with the orders and paid her fine for contempt of court, but, when she failed to pay back the $52,100 in lawyer’s bills her strata racked up in the protracted legal dispute, as she was also ordered to do, a B.C. Supreme Court judge handed the property over to a court bailiff to be sold.

The townhouse at 230 West 13th St. in the City of North Vancouver is now listed for $965,000. Under the court’s orders, Yu must make the house available for showings to prospective buyers and real-estate agents.

Yu will be able to collect whatever equity is remaining after the mortgage and other creditors are paid off, including the strata’s $52,100. The province also has registered two judgments against Yu for unpaid PST totalling more than $95,000.

Once a buyer and the bailiff have closed a deal, the sale will be contingent on one final approval before a judge.

Yu did not immediately respond to a request for comment.