For the month of February, Toronto was ranked the most expensive city in Canada.

A recent report finds that Vancouver has the second-highest average rent across Canada for one-bedroom apartments and the highest rent for two-bedrooms.

Vancouver followed in second, with one-bedroom rentals asking an average of $2,150. And while they dropped 0.3% over the previous month's average, two-bedrooms in the city were the most expensive in the country.

Burnaby was the third most expensive market, with the average one bedroom rent rising 1.7% to $1,760; two bedrooms remained stable at $2,350. Victoria rose two spots to enter the top five markets, and became the fourth most expensive city. One bedroom rents jumped 5.3%, which was the largest monthly rental growth rate in the nation, to $1,590, while two bedrooms grew 4.9% to $1,920. 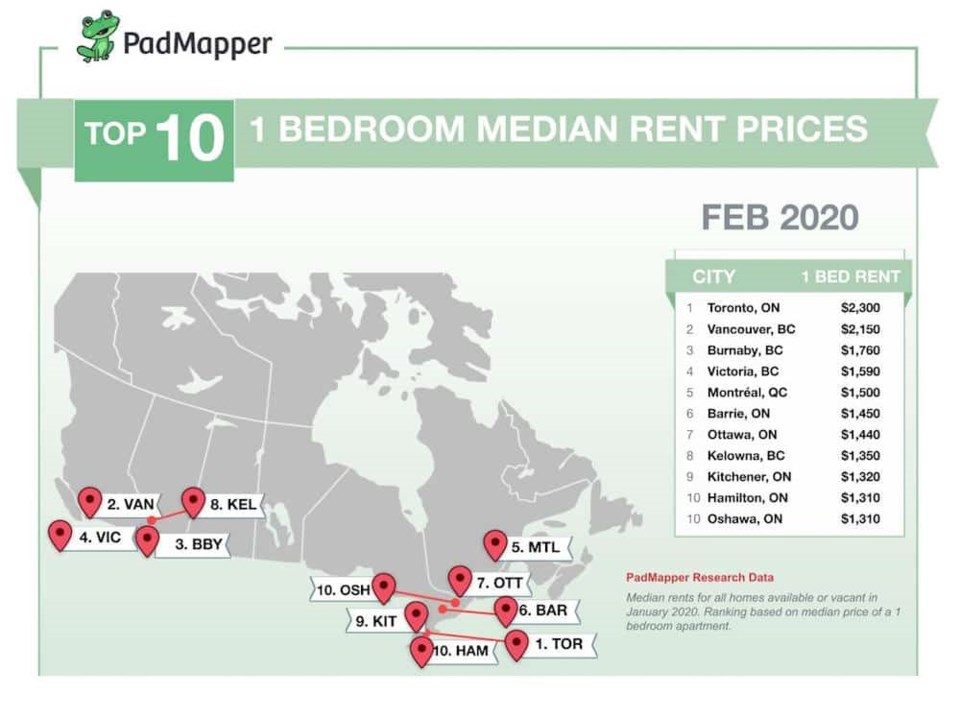 The report is based on all data available in the month prior to publication. Any data that is reported does not include short term or Airbnb listings.