A proposed five-storey mixed-used building will have an entrance on the southwest corner of the site for one of the stops on the Broadway subway extension.
Naoibh O’Connor Oct 3, 2019 2:35 PM 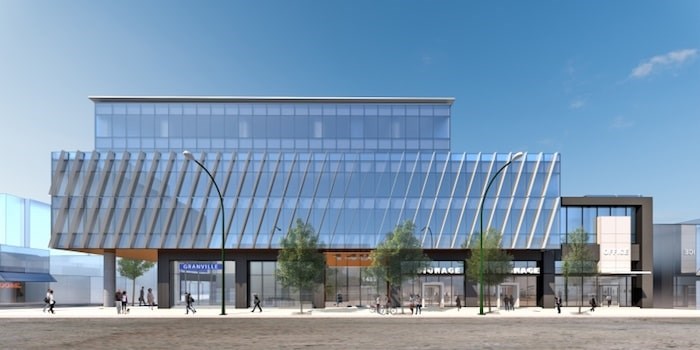 The northeast corner of Broadway and Granville is poised to be transformed.

PCI Developments has filed a development permit application for 1465 to 1489 West Broadway for a five-storey mixed-used building with an entrance on the southwest corner of the site for one of the stops on the Broadway subway extension.

The application includes plans for at-grade retail space and financial institution use, and six storeys of below-grade parking with access from the lane.

The development site features an existing four-storey office building, constructed in 1957, whose main floor is home to an RBC branch. It’s moving out in November. The building is otherwise vacant.

The development site also features a single-storey building across the alley to the east with a few restaurants, including one of the Memphis Blues barbecue houses.

Those businesses are aware of the plans, according to PCI. In accordance with their leases, the company says the businesses will be officially notified, within the next 30 days, of lease termination effective January 2020.

Current zoning on the site allows for a five-storey building with office, residential and/or retail. Under that zoning, the application is conditional so it might be allowed but it requires a decision from the City of Vancouver's development permit board. Demolition is expected to start this December, subject to city permitting, and the project is anticipated to take approximately three years to complete.

But details of the plan, including the time it takes to complete the project, may change. 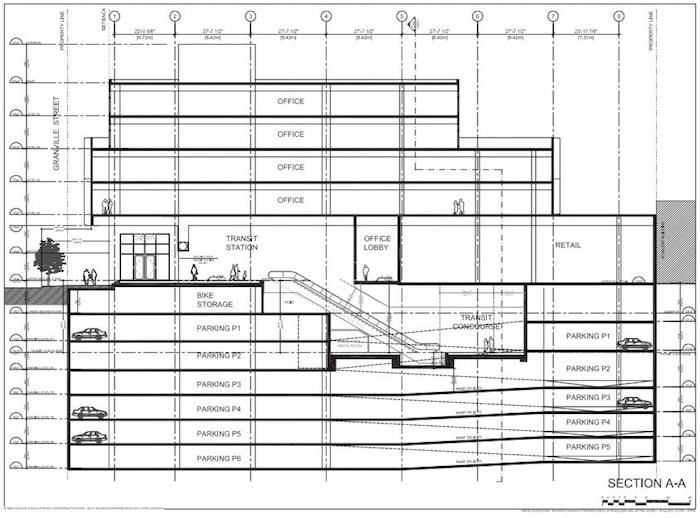 A section of the proposed building, which is included in PCI’s development permit application.

Through the Broadway Plan, the site might be identified for greater density, which is why PCI's current development permit application includes six levels of underground parking and extra elevator core for future consideration. Once the Broadway Plan is completed, PCI will amend its development plans to suit the plan’s outcome.

On Sept. 18, the provincial government announced the six new stops for the Broadway subway route — an extension of the Millennium Line from VCC-Clark Station to Arbutus Street, including the stop for South Granville. Full-scale construction of the subway is expected to begin in 2020 and be completed by 2025. 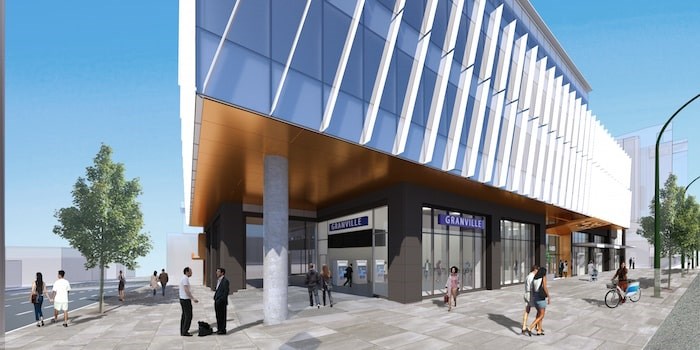 The Broadway corridor, which stretches from Clark Drive to Vine Street between West First and 16th Avenues, has the second-largest concentration of jobs in the province after downtown Vancouver.

Last March, the city launched the Broadway planning process, which is expected to take two years.

It involves four neighbourhoods — False Creek Flats, Fairview, Mount Pleasant and a corner of Kitsilano — and the 30-year plan will address issues such as land use, neighbourhood character, housing, jobs, local business, parks and public space, arts and culture, transportation, utilities, and public benefits around the subway extension. 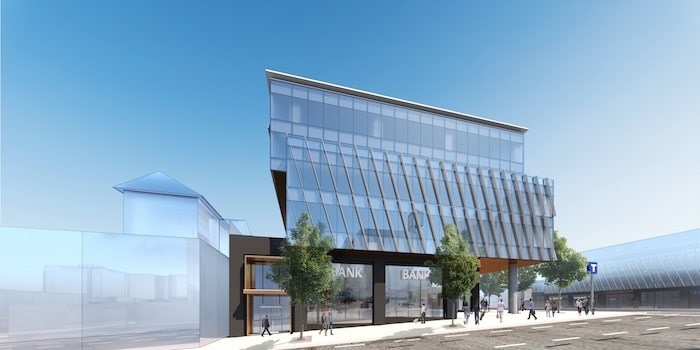 PCI Developments, in a statement about its office building project, said its vision is to create “a transit-oriented, urban centre with access to transit and amenities that will enhance the quality of life for office tenants, transit users, visitors and residents.” 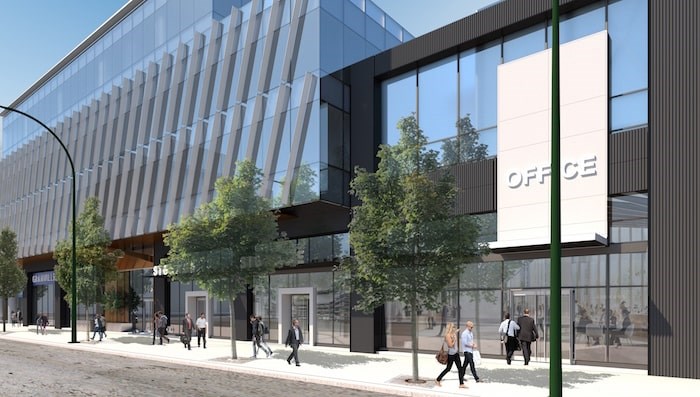 A view of the southeast corner. Rendering courtesy of PCI Developments

“If the city’s Broadway Plan identifies our site for greater density, additional office space and rental residential would be well suited to this prominent, transit-oriented location.”

The application, which will be reviewed by the Urban Design Panel Oct. 2, goes before the Development Permit Board Dec. 9. The architecture firm involved is Musson Cattell Mackay Partnership. 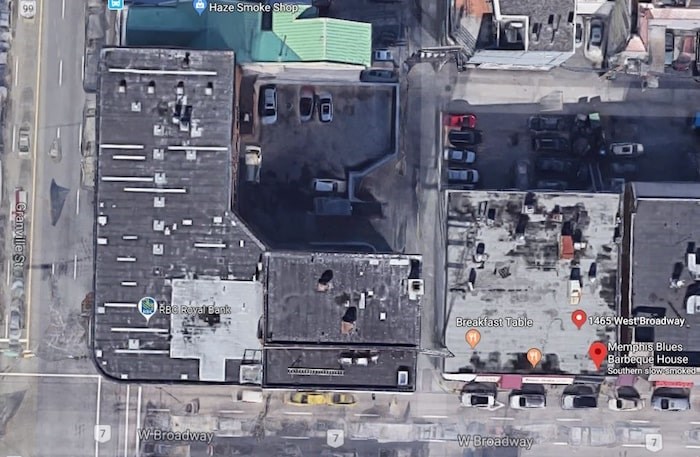 Google satellite view of the proposed development site at the corner of Broadway and Granville Street.