One in five proposed Vancouver housing units has been shelved 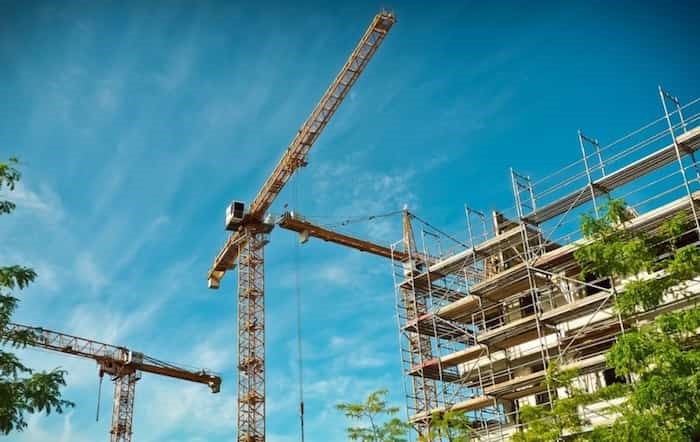 With new home sales dropping in tandem with resale residential units, Vancouver developers have been rapidly shelving projects, according to a new report by Altus Group.

Of the 5,600 new housing units proposed to the City of Vancouver in 2016, about half have now been approved. However, approximately 20 per cent are in projects that have since been abandoned, said the report.

That’s much higher than in the City of Toronto, where only two per cent of 2016-proposed housing units have been shelved since then. 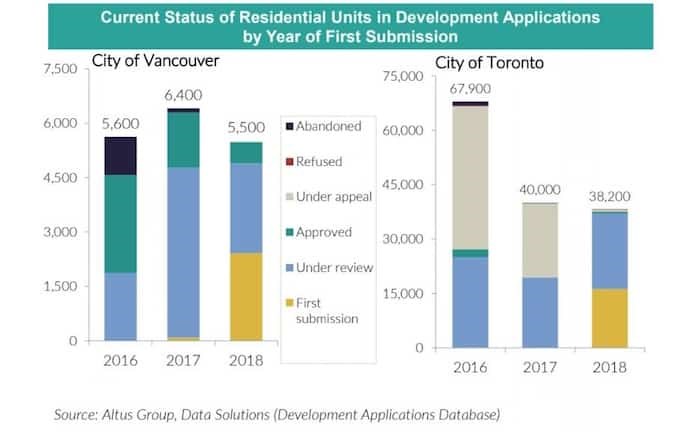 The high abandonment rate of new housing units in Vancouver can be attributed to the region’s slowdown in new home sales. Sales of new condo units fell in by seven per cent year over year in 2018. That’s following a 31 per cent decline in 2017, when sales fell sharply after the boom of 2016. 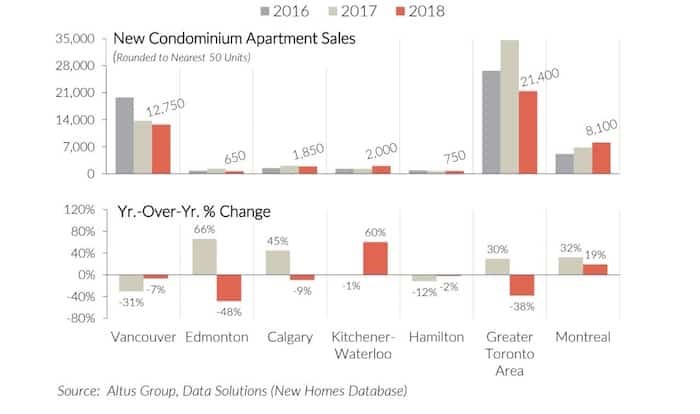 Across Canada, new condo sales totalled just over 48,500 units in 2018, down 21 per cent from the almost 62,000 sales in 2017. The Greater Toronto Area accounted for nearly half of all 2018’s new condo sales in the major cities covered by Altus Group’s survey.