Why I love the West End: On Pride, community and local history

This is the second feature in our series written by residents who love their neighbourhoods. Want to pitch your own story about what makes yours awesome? We’d love to hear from you. Email contact@vancouverisawesome.com .
Dec 6, 2017 12:49 PM By: V.I.A.

This is the second feature in our series written by residents who love their neighbourhoods. Want to pitch your own story about what makes yours awesome? We’d love to hear from you. Email contact@vancouverisawesome.com.

The West End feels like a small town. You can walk from one end to the other in twenty minutes, it has several public beaches, one hospital, and its library is named after a sailor and local legend.

My mother walked down the street to St Paul’s to give birth to me and, later, my brother. It is the only hospital downtown. For twenty years, St Paul’s has hosted the Lights of Hope, a charity where donations help caregivers, residents, and patients—and create a beautiful lighting display on the hospital façade.

I have lived in the West End for most of my life. Looking back, I know the West End is full of stories, wonderful people, and countless experiences that helped me become me.

Davie is home to the first rainbow crosswalk in Canada, and the best sushi place in Vancouver. The Pride Parade crosses Davie every year, and the intersection is always packed with parade-goers. Participants tossed candy from the floats when I was a kid; my parents had to keep me from running into the street and joining the parade. Pride brings everyone in the West End—and the city—together. 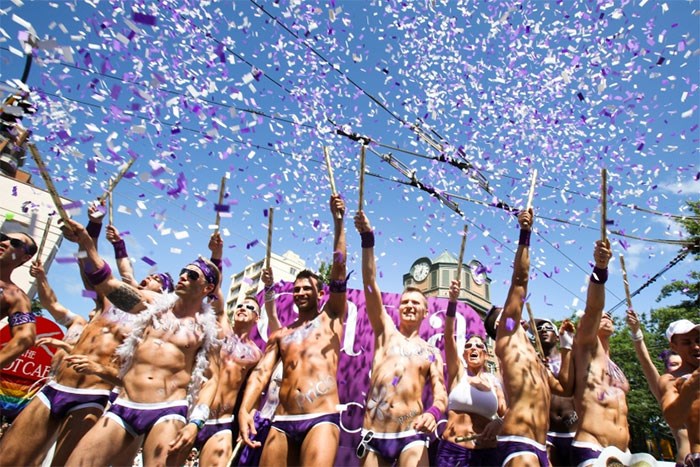 Gabriola Mansion, a 118-year-old haunted estate, sits on Davie Street. It will soon be renovated into rental apartments. Several ghosts have made the house their home over the years, frightening painters, chefs, and residents alike. I visited the mansion on a school trip in seventh grade; we ate there and did not see any ghosts. But that doesn’t mean they weren’t watching.

Davie Street ends where Denman begins, at English Bay. A floating slide sits in the bay every summer, and high school students frequently visit the beach for their lunch break. I returned to class several times drenched from falling in the water. It was not my fault.

Joe Fortes, inspiration for the eponymous library on Denman, taught kids to swim and saved many lives in the bay in the late 19th century. He patrolled the beaches unofficially for years, becoming such a local icon that the city eventually, in 1900, named him Vancouver’s first official lifeguard. Growing up with stories about Joe made the ocean feel safe. 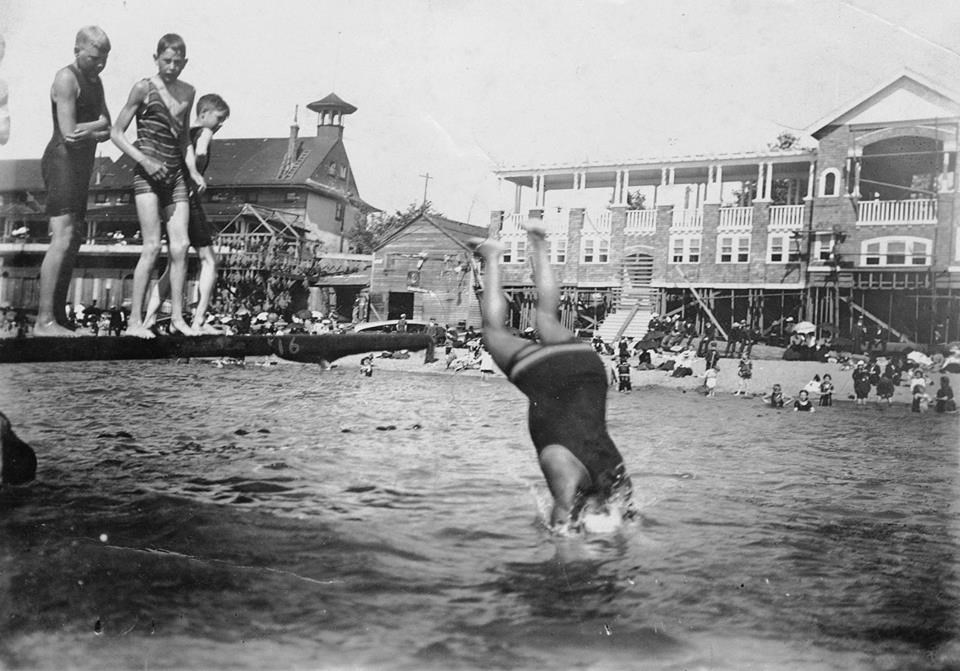 Joe Fortes Library is connected to the only high school in downtown—King George Secondary—through the West End Community Centre. I attended KG (as the students call it) as well as both elementary schools in the West End: Lord Robert’s Annex and Lord Robert’s Elementary. These schools are small, without room to grow, and because of this the students are tight-knit and move through the school system together.

My first haircut was on Denman; my dad would talk to Chris, the barber, on the way to the beach. Mum’s Gelati, which doesn’t exist anymore, was the best gelato / ice cream shop in town. They gave me a free scoop once after I dropped one on the sidewalk. Past Mum’s Denman meets Robson, the de facto shopping street in downtown.

Robson (known as Robson Straße in my grandparents’ day) is lined with clothing stores, chocolate stores, restaurants, and more. It is also home to the Vancouver Art Gallery (formerly the provincial Courthouse), as well as Joe Fortes Seafood & Chop House Restaurant.

The Gallery has hosted everything from Warhol to Picasso to da Vinci, and recently Herzog, a photographer known for his work in Vancouver and the surrounding area. In elementary and high school my class had the opportunity to share the Gallery’s space to do art projects and learn about art history. 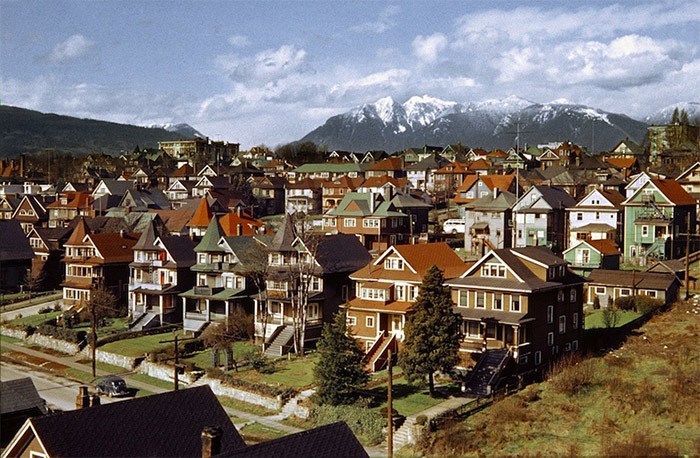 There is a painting of particular importance to the West End in a Starbucks on Robson. It was painted by Joe Average, a local artist with works displayed all over the city. The painting says ‘HERO’, and remembers the manager who, in 2000, gave his life defending his employee from a man wielding a butcher knife. I wasn’t old enough to understand what happened when it did, but when my mother showed me the painting I was struck with the hero’s actions.

Vancouver’s history is rich, though not necessarily obvious to a tourist. The denizens of the West End fight against new skyscrapers, trying to keep their neighbourhood a community and retain the low skyline and heritage buildings. Old churches still get bulldozed, however, and tiny condos are still sold.

There are kids everywhere. The schools, pre-schools, neighbourhood houses, and community centres allow the West End to raise children in a truly unique setting, a mix of small town and city unlike any other.

The West End is the culmination of everyone who ever lived there. The people make it what it is, and it is, in a word, home.