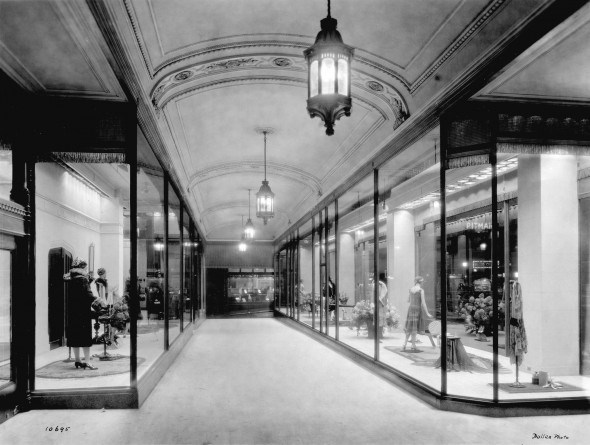 If you were heading to Spencer's Store for a quick lunch on Tuesday, May 30th, 1933, the "best in town" restaurant menu looked like this: daily vegetable soup 10c salads: fresh crab 35c or lime & pear 25c, entrees: fried salmon with french fried potatoes 30c, escalloped halibut 25c, creamed mushrooms on toast with bacon 35c curried lamb with rice 30c, desserts: apple pie 10c or with cheese or cream 15c, prune whip 10c or butterscotch pie 10c, tea, coffee, milk 10c.... And you may have eaten here in the Cafeteria.... 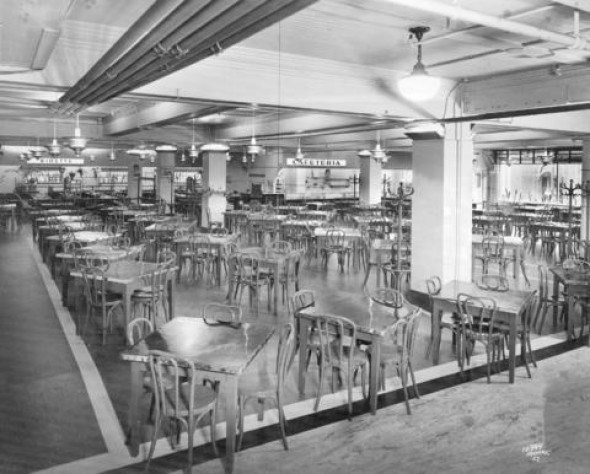 Now known as SFU Harbour Centre, the building was a department store built in 1928 by David Spencer Ltd., a firm established in 1862 in Victoria which expanded to Vancouver in 1907. Spencer’s eldest son, known to his loyal employees as “Mr. Chris,” ran the business for many years before selling to the Eaton’s department store chain in 1948. The building became a Sears department store during the 1970s-80s before its conversion in 1989 to a university campus.

VHF is celebrating Spencer's Dept store as one of 125 Places That Matter with family descendants, SFU, Harbour Centre and those interested in the High Street days of Hastings Street.

In the event there is a CUPE Strike at SFU, we will begin the presentation at 4pm at The Lookout level of Harbour Centre (with an amazing view of the city) 555 West Hastings . Please RSVP to jessica@vancouverheritagefoundation.org  if you would like to join us. If there is no CUPE strike, we will meet at 4pm at the Spencer's Entrance of SFU on Richards St. at Hastings followed by a gathering at The Lookout. Just mention to Lookout reception that you are there for the Vancouver Heritage Foundation plaque presentation for Spencer's.

For a little inspiration, we love the Merging Time images by Langara College students. Check out the exhibit at the City of Vancouver Archives till December 21st! (Look closely at the photo to see where the Birks clock once stood too). 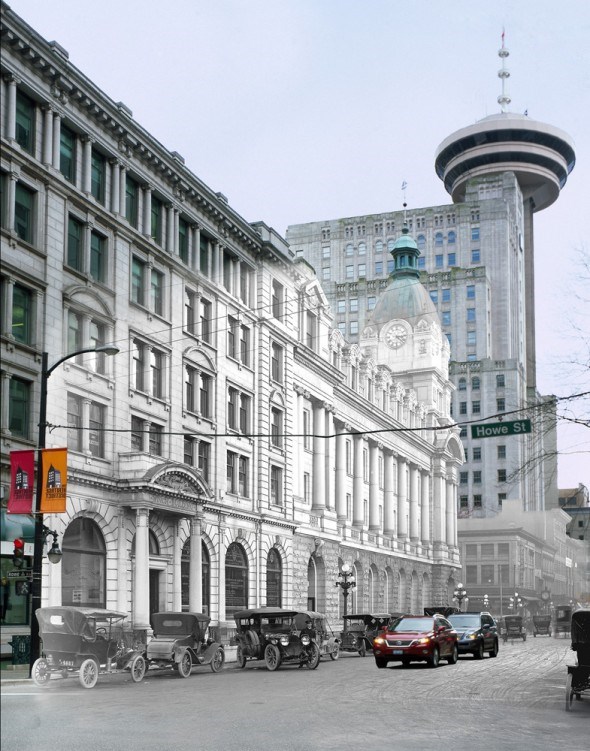 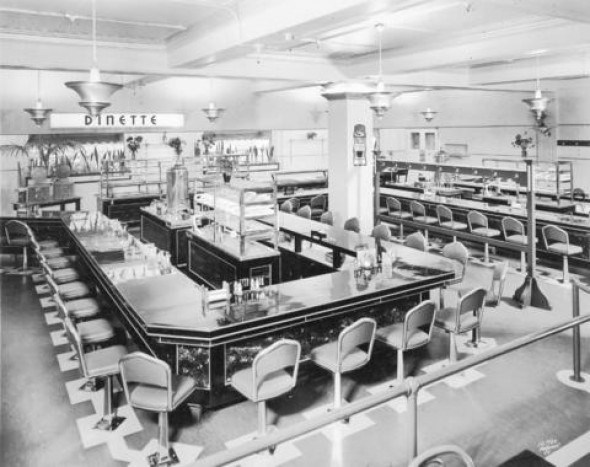 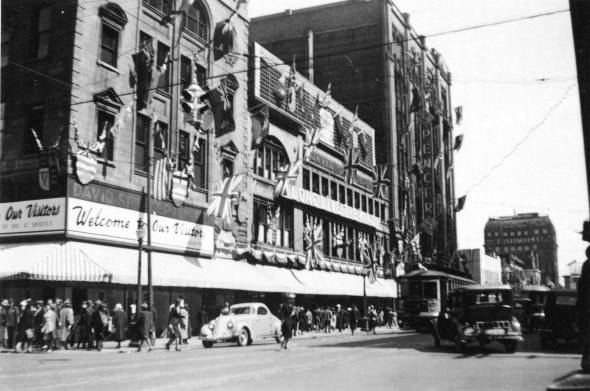 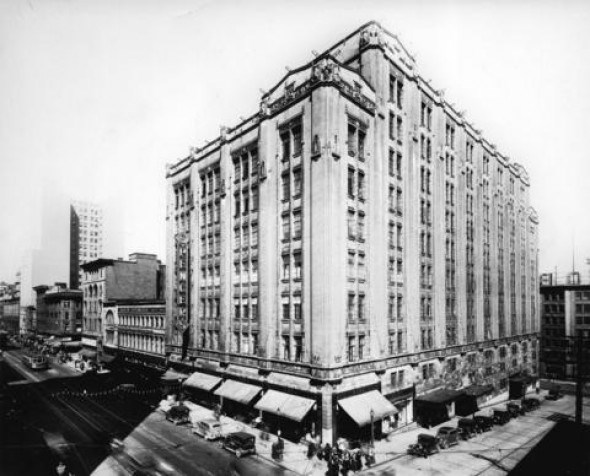