A new spin on ping pong in Vancouver

Ping pong by itself is a good time, but what happens when it’s mixed with art, music, culture, and other curiosities—all in support of a good cause? Magic.

This is what’s in store as Thing/ Pong, a ping pong social club in Vancouver, holds its inaugural event on May 1. 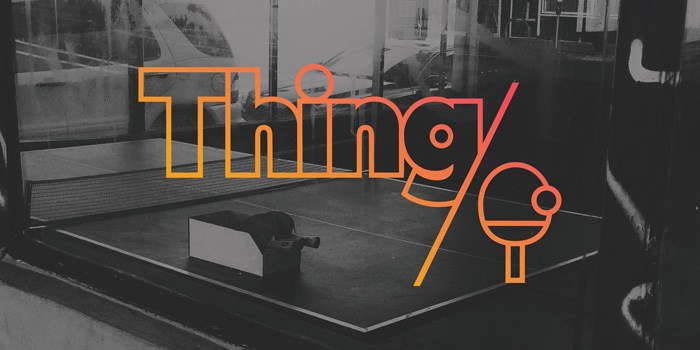 Thing/ Pong 01 will be taking place at The WISE Hall (1882 Adanac Street), and will be split into two events: a family-friendly afternoon including a tournament for kids of all ages, followed by an adults-only event and tournament full of music and libations.

Never played ping pong? No problem. “The goal is to create a space where someone can feel like they can take a risk and try ping pong for the first time,” says one of the event’s organizers, Shawn Parkinson.

If you’re not taking part in the tournament there will be plenty of casual, no-pressure ping pong to be played, as well as music to enjoy, raffles to peruse, and special activities for the kiddies.

For full info, click here. Tickets must be purchased in advance.

Kids under 13 get in by donation to the BC Children’s Hospital Foundation.

All profits from the day will be donated to the BC Children’s Hospital Foundation (BCCHF). Some local artists and designers have collaborated to create one-of-a-kind playable mini ping pong tables that will be auctioned off at the event with all funds also going to the BCCHF.

For Shawn, the cause hits close to home. “My daughter was in the BC Children's Hospital for a few days over Christmas and I felt very thankful to receive the level of care they provided,” he says. “After she was released I decided that I wanted to give back, and help the BCCHF out however I can.”

Ping pong equipment will be provided, but feel free to bring your own paddles if you've got them. For both events, dressing in your 80s athletic gear is encouraged, but not required (although you may need to explain to the kids what the “80s” means).

Space is limited for both tournaments, so we suggest signing up as soon as possible. For more details, you can find Thing/ Pong 01 on Eventbrite. Local businesses can still get involved by reaching out on Twitter, Facebook, Instagram or by emailing info@thingpong.club.