BC Lions crash Kamloops aquafit class, getting ready for the pre-season

Photo BC Lions The BC Lions training camp is underway at Hillside Stadium adjacent to the campus of Thompson Rivers University in Kamloops.
0
May 29, 2018 1:52 PM By: Melissa Shaw 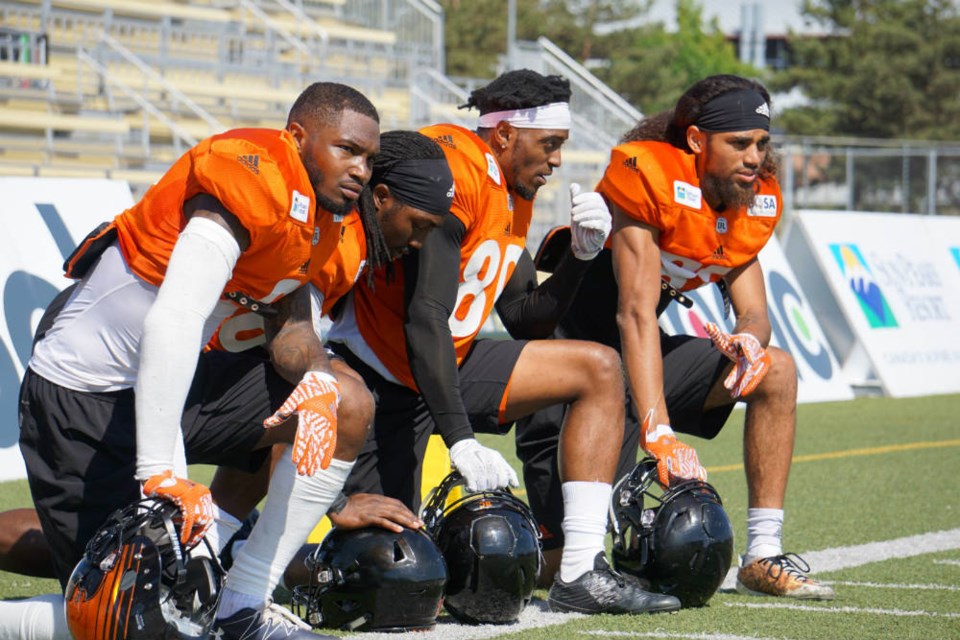 The BC Lions training camp is underway at Hillside Stadium adjacent to the campus of Thompson Rivers University in Kamloops.

BC Lions digital media manager Alex Ruiz says head coach Wally Buono "has been so happy with the progress of the team so far that he gave the players the afternoon off" from their usual schedule of back-to-back practices.

In an email to V.I.A. Ruiz says "the guys often use the pool as a method of recovery and today, they happened to be in there while an aquafit class was going on... so they decided to have a little fun and join in!"

BC Lions receiver Tyler Davis shot the video, capturing the energy in the room to share with fans on social media.

Training camp began on Sunday, May 20 ahead of the team's first pre-season game on Friday.

The BC Lions will take on the Calgary Stampeders at McMahon Stadium in Calgary on Friday, June 1.