Canada’s top surfers, including the B.C. pair of Peter Devries and Mathea Olin, have continued pointing their boards in the direction of Tokyo 2020.
Oct 11, 2019 6:00 AM By: Times Colonist 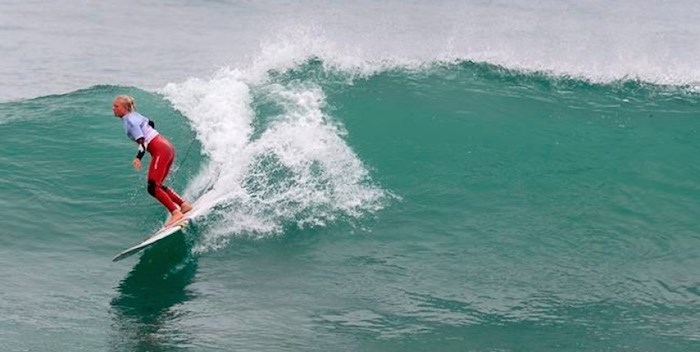 Canada’s top surfers, including the Tofino pair of veteran Peter Devries and teen sensation Mathea Olin, continued pointing their boards in the direction of Tokyo 2020.

Canada had a successful showing in the ISA World Surfing Games in Miyazaki, Japan. It was a tantalizing preview as the sport prepares for its Olympic debut next year at Tsurigasaki Beach in Chiba prefecture, about 65 kilometres from Tokyo.

The strong results enabled Canada to retain its overall world top-10 ranking for the second consecutive year, which will come in handy for the final Olympic qualifier to be held next year on a date and site to be announced. Canada’s men are ranked No. 5 and women No. 12

Nine-time Canadian men’s champion Devries is a Tofino legend. Olin, only 16, is becoming one. Campbell, a surf pro from Australia, was born in Vancouver. Young is from Maui and has Canadian parentage. The 30-year-old Alms is well-regarded in the sport as a professional Hawaiian big-wave boarder and was born and raised in Victoria to age nine before moving with her mother to Maui. Zelasko is from Huntington Beach, California, but was born to a Canadian mother.

The team was selected during the national Olympic trials held on the Island in May at Wickaninnish Beach in the Pacific Rim National Park Reserve. The six who made the Canadian cut are now in the midst of attempting to join the first class of 40 surfers from around the world, 20 male and 20 female, to become Olympians. The realistic goal is to qualify one Canadian male and one Canadian female for the Olympic Games.

“Everyone from Pete, Cody and Shane to Mathea, Paige and Bethany all proved that Canada is a serious force and other teams have taken note,” said Domic.

Devries’ performance was particularly noteworthy as he bested both the world No. 1 and No. 2, Felipe Toledo of Brazil and Jordy Smith of South Africa, in the competition at Miyazaki.

“It was a great opportunity against the best surfers in the world,” said Devries.

“I had good moments but the whole team did well. To be fifth in the world in men’s and top-10 overall shows we are on the right track for sure.”