"Who ya gunna call?"

Comedy legend Bill Murray was spotted at a Vancouver Canucks game on Tuesday, Nov. 12 at Rogers Arena in Vancouver.

known for his iconic roles in Ghostbusters, Lost in Translation, The Life Aquatic, and Groundhog Day, the Hollywood funnyman commands a cult-like following across the globe. He was seated with director Peter Farelly, who won an Academy Award for writing the screenplay for Green Book.

Murray donned a plaid paperboy cap as well as a brightly coloured scarf and held a long strip of 50/50 tickets. Underneath his sweater, the popular actor wore a Chicago Blackhawks tee-shirt.

The Vancouver Canucks shared an image of the comedy icon to their Instagram page, writing, "Bill Murray, that legend, has a Blackhawks shirt on and is more concerned about winning 50/50 than the #Canucks winning,"

Vancouver Canucks Captain Bo Horvat, also shared an image of the funnyman in a story on Instagram. The picture, which is taken inside of the Canucks dressing room, shows Horvat standing beside Murray, with their arms linked around each other's backs.

Underneath the image, Horvat has captioned "legend" in bold lettering. 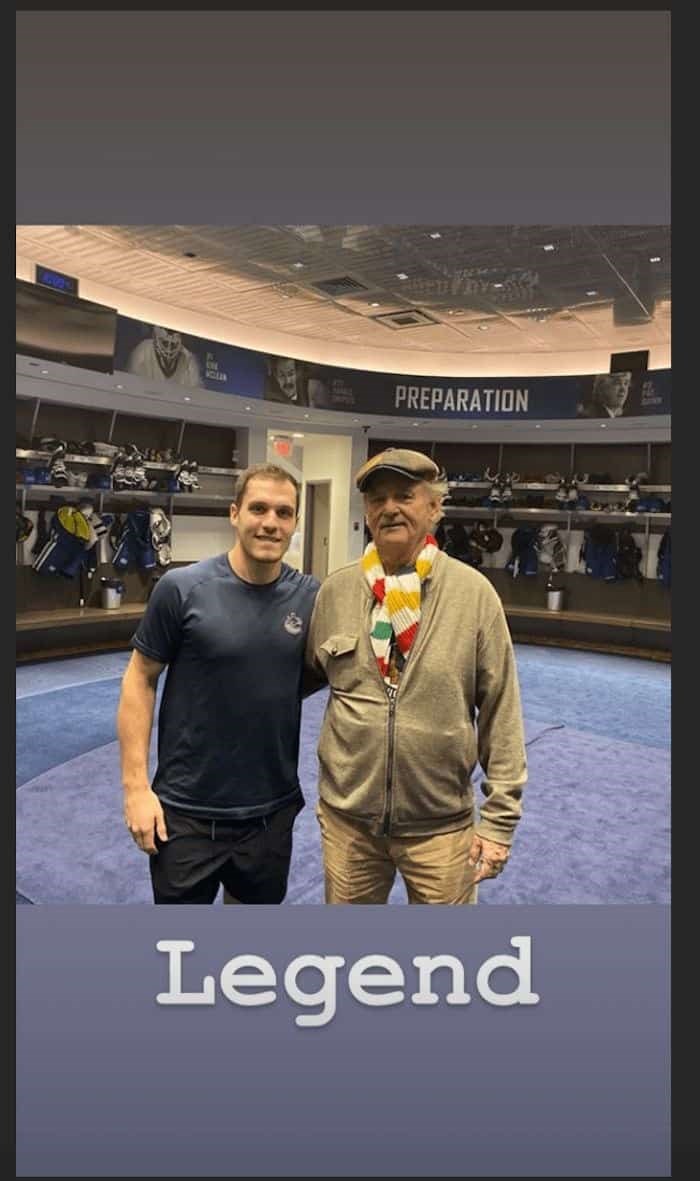