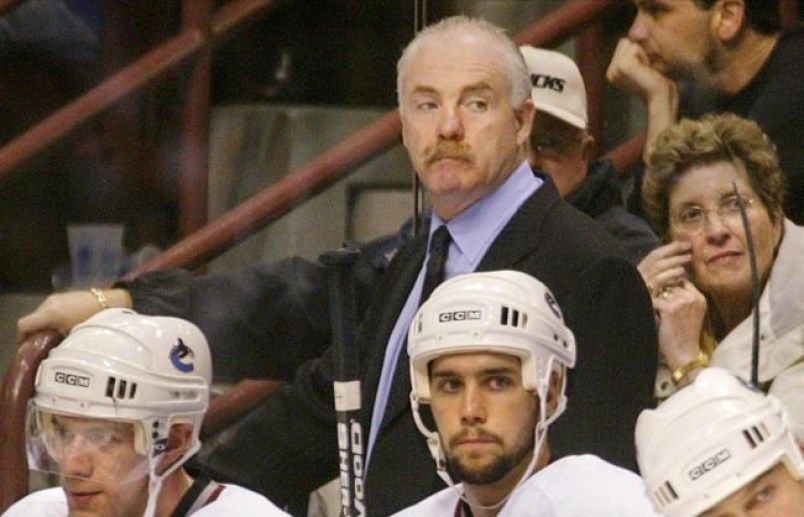 The Canucks confirmed the death on Monday. The Burnaby resident was 68.

McIlhargey played 393 career games with the Canucks, Philadelphia Flyers and Hartford Whalers from 1974 to 1982 before becoming a coach.

In retirement, McIlhargey was a big supporter of the Burnaby Sports Hall of Fame.

McIlhargey returned to the Canucks as an assistant coach from 1985 to 1991 before spending the next eight years as head coach of Vancouver minor-league affiliates in Milwaukee, Hamilton and Syracuse, N.Y.

After that run, McIlhargey went back to Vancouver as an assistant for four years and as an associate coach for two years.

Sad to hear. Such a nice man. Proud #Burnaby resident, honoured inductee and supporter of Burnaby Sports Hall of Fame, and quite the blueliner for the #Canucks.

McIlhargey finished his coaching career as an assistant for Philadelphia from 2007 to 2010.

In 1988, the Canucks sent McIlhargey to Russia along with goaltender Troy Gamble on an exchange program after they drafted Russians Igor Larionov and Vladimir Krutov in previous years.

Larionov and Krutov eventually agreed to play for Vancouver, part of the first wave of Russian talent to arrive in the NHL.

"We are deeply saddened to lose our friend Jack McIlhargey," the Canucks tweeted. "He was one of the most respected and loved Canucks ever as part of the family for 24 years as a player, coach and alumni."