Monday’s chill in the air can only mean one thing: North Shore’s ski season is officially underway.
Dec 3, 2018 4:11 PM By: Maria Spitale-Leisk

Monday’s chill in the air can only mean one thing: North Shore’s ski season is officially underway.

On a bluebird day, some couple hundred skiing and snowboarding enthusiasts took the first turns of the season at Cypress Mountain, which opened at 10 a.m. today. 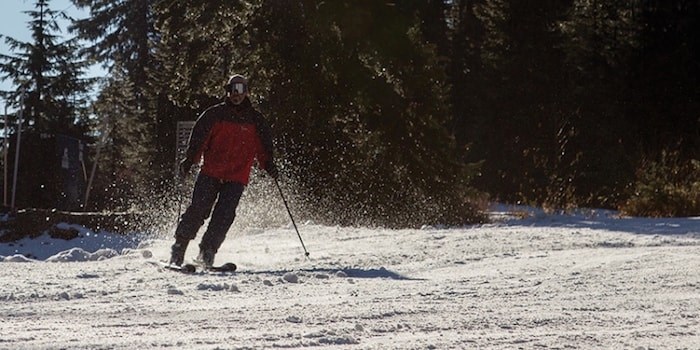 “People were running from the ticket gates to the lift, as usual. Everyone wants to get the first chair,” said Cypress spokesman Joffrey Koeman.

Only the Easy Rider chair – which accesses the green level run, Runway – is open at the moment. But if everything stays on track, weather-wise, Cypress is hoping to open more terrain on Friday.

With temperatures hovering around the freezing mark this week, Koeman said there’s a ton of snowmaking happening on the mountain.

Single lift tickets are 35 per cent off during opening week at Cypress, with the ski hill open from 10 a.m. to 3:30 p.m.

Grouse and Seymour mountains have not announced when their ski season will start.