Aquilini eSports venture to debut as Vancouver Titans in February

The owners of the Vancouver Canucks unveiled the name and logo of its new venture in gaming Saturday, Dec. 1: the Vancouver Titans.
0
Dec 3, 2018 3:02 PM By: Tyler Orton

The Aquilini Group looks to be maintaining brand continuity when its eSports team debuts in the Overwatch League in February 2019.

The owners of the Vancouver Canucks unveiled the name and logo of its new venture in gaming Saturday, Dec. 1: the Vancouver Titans.

The colours of the logo — blue and green, with white accents — take a page from the city’s own NHL team. 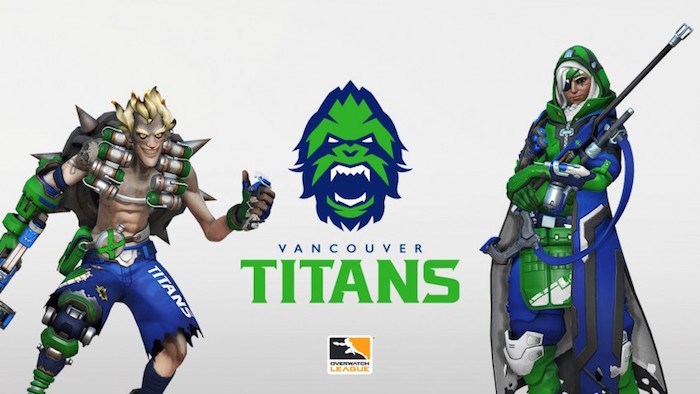 But the Canucks’ Fin the Whale mascot is giving way to a mythical sasquatch for the team in the Overwatch League.

Overwatch plays like a first-person shooter, but trades in the typical blood and guts for bright colours and stylized animated heroes.

“In choosing our identity we wanted to introduce a team that would resonate with fans in the Pacific Northwest. With a local feel and an experienced, skilled team, we are ready and can’t wait to have the Titans compete at the highest level in eSports,”

The team said the logo’s nose is meant to represent a monogram of ‘V’ for Vancouver, while the top of its head represents a mountain range.

The sasquatch was chosen as a mascot that would be synonymous with the region’s folklore, according to the team.

When the 2019 season begins February 14, the Titans are expected to play out of the Blizzard Arena in Los Angeles (the Overwatch League is owned by Blizzard Entertainment Inc.).

The Titans roster is expected to be based in Vancouver by 2020.

The league originally debuted in 2017 with a dozen teams but has since expanded to feature 20, including the new Vancouver team, in time for the kick-off to the 2019 season.

ESports revenue is expected to grow to US$905.6 million by year’s end, according to marketing research firm Newzoo.

That’s up 38% from last year, and the report estimated the industry could generate US$1.4 billion by 2020 at its current trajectory.

Most of that revenue growth (77%) will come from sponsorship, advertising, media rights and content licences.