IN THE DIRT SERIES! PART ONE: VANIER PARK HISTORY

‘In The Dirt’ is a series about how the Vanier Park Dirt Jumps came about. The park, which will be breaking ground soon is expected to be complete before the end of this summer.
Jef Choy Jul 14, 2010 9:42 AM

With the help of Chris Young, lead memeber of the Vancouver Dirt Jump Coalition, this short series will look at the process behind getting a park like this built.  An avid BMXer, Chris has tirelessly helped skateboarders as a director of the Vancouver Skateboard Coalition.  With his experience, he's now making things happen for BMXers in Vancouver.

Before the end of this summer Vancouver will be opening up it’s first BMX & Mountain Bike Dirt Jumps in Vanier Park, by the Museum of Vancouver / McMillan Space Museum and just to the west of Granville Island. Getting these jumps built in a location like Vanier Park is pretty epic, to say the least, so we’ve been pretty excited about this over the last few months. Right now it’s little more than an open field that hasn’t been maintained well over the years, so it’s a fixer-up. You have to have some imagination to see what we have planned when you look at the space as it is now. 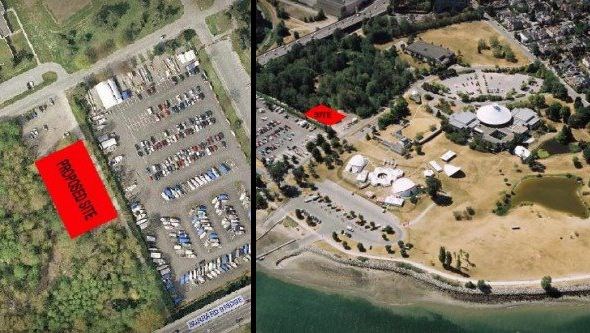 Overhead shot of the site.

Historically this plot of land was a Royal Canadian Air Force supply base up until 1967. It’s pretty awesome that this wartime fixture is being replaced with a youth recreation facility. I can’t think of a better replacement than a dirt jump park. Looking back further into its past, long before the military base was around, this area was inhabited by the Squamish people. 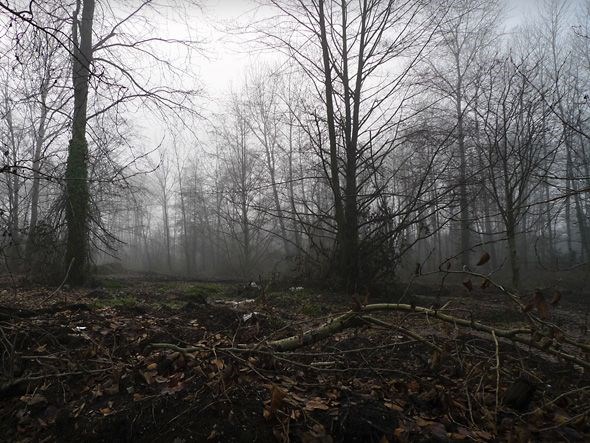 Before we go any further though, let’s first let’s look back (and a little to the south east) to one of the earlier developments at Oak & 37th. 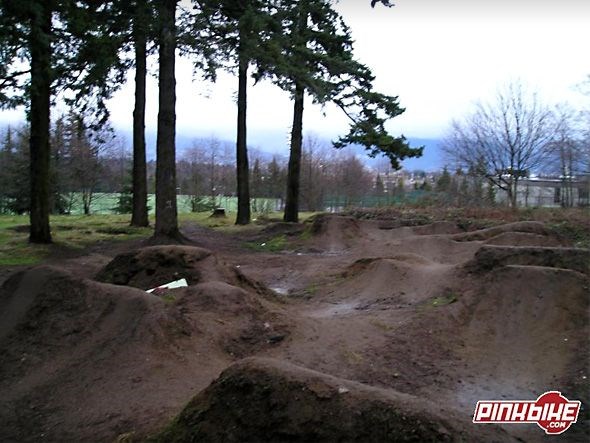 Over 10 years ago, a group of guys started digging a few jumps in what is now known as Oak Meadows Park (Just across Oak Street from the VanDusen Botanical Garden). Each passing year the jumps got more popular, bringing more people out to ride and build, and the jumps kept creeping further into the park. It was at this point, the Park Board had to intervene. The digging had expanded right up to the roots of several groups of trees and it was  hurting some of them. Since the park was undergoing a complete redesign, the jumps were ploughed. During the planning stage for the new park, a few of us went to the open house and expressed interest in setting aside an area of the park for the dirt jumps, but it just wasn’t a good fit for the park.

In all honesty, the bike community didn’t really come out and fight for it too hard or the outcome probably would have been different. In hindsight, the jumps were fun, but the dirt in that area was pretty sandy and wasn’t great for building. People moved on and this spawned several other underground jump locations, none of which ever really matched the size, perfect location, or community that the Oak & 37th jumps created, but it certainly didn’t quash the need for the them.

Leaving all the nostalgia behind is probably a good place to end this first look at the Dirt Jumps. Our next part of this series will bring us up to the present, and a closer look at the public process.

Watch for part two in days to come! 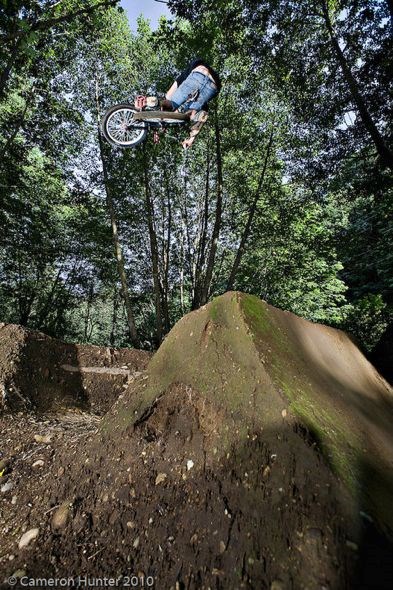 This is an example of what's to come at the new park, MacNeil rider Anthony Messere darkside over some secret jumps.