Marc Dos Santos has been named the new coach of the Vancouver Whitecaps. The club announced Wednesday that the Montreal native has been hired as the team's new head coach.
0
Nov 7, 2018 7:19 AM By: The Canadian Press

Marc Dos Santos has been named the new coach of the Vancouver Whitecaps.

The club announced Wednesday that the Montreal native has been hired as the team's new head coach. 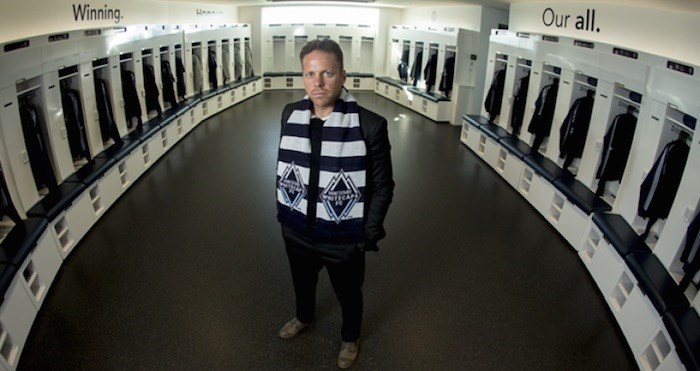 Dos Santos spent the past season as an assistant coach for expansion Los Angeles FC, who were knocked out of the Major League Soccer playoffs by Real Salt Lake last week. He previously worked with the San Francisco Deltas of the North American Soccer League, where he earned manager of the year honours in 2017.

"We are excited to welcome Marc Dos Santos to our club," said Whitecaps president Bob Lenarduzzi. "It's not often that you find a coach who seeks out the unique learning opportunities and challenges that Marc has accumulated around the world. We believe having Marc now in place as head coach, combined with the additional resources we are putting into our scouting and recruitment department, will set up the club for consistent success."

Dos Santos also guided the Ottawa Fury to the NASL final in 2015, his second and final year with the squad.

Whitecaps FC Academy technical director Craig Dalrymple stepped in as coach and Vancouver finished with a 13-13-8 record, two spots out of a playoff position.