Mountain biking on uphill trend on the North Shore

There has been a six-fold increase in mountain biking on the North Shore since 2006 as trail networks expand, municipal support increases and local mountain biking groups grow.
0
Aug 22, 2018 4:00 PM By: Maria Rantanen

There has been a six-fold increase in mountain biking on the North Shore since 2006 as trail networks expand, municipal support increases and local mountain biking groups grow. 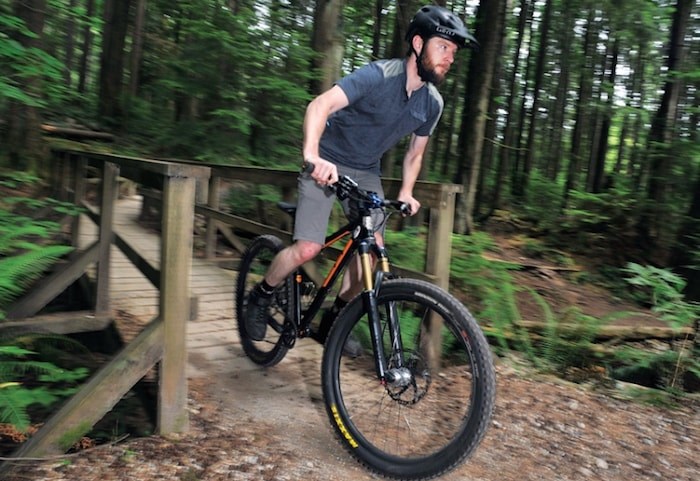 The Western Mountain Bike Tourism Association, in its recently released report “2016 Sea to Sky Corridor Overall Economic Impact of Mountain Biking,” showed that there were 432,954 mountain bike rides on the North Shore in 2016, compared to just 71,439 in 2006. Of those riders, 48 per cent were from the North Shore, 38 per cent from Metro Vancouver and 14 per cent from elsewhere. The report is based on the 2016 Sea to Sky Mountain Biking Economic Impact Study.

Mountain biking is important to the local cycling economy, said Martin Littlejohn, executive director of the Western Mountain Bike Tourism Association, including increasing “amenity migration,” that is, people moving here because it supports their lifestyle.

“Young professionals choose to come to the coast because there are so many things they like to do when they’re not working,” Littlejohn said.

The industry is expanding rapidly on the North Shore and on the Sea-to-Sky corridor overall. Changes that have come about in the last decade include expanded trail networks, more money for trail development, expansion of mountain bike associations, promotion of mountain biking for tourism and the development of a provincial mountain bike tourism strategy.

In addition, in 2013, the provincial government allowed mountain biking on Crown land under the Forest Practices Act. Because the North Shore mountain biking areas are a mix of provincial Crown land, district land, federal land (under the jurisdiction of the Canadian Mortgage and Housing Corporation), Metro Vancouver and BC Parks, there are many hoops to jump through when developing trails, Littlejohn said.

“But the results of the studies have also encouraged the other land managers to also recognize the benefits of the trails and their value to the community,” he added.

Littlejohn attributes the growth in popularity in mountain biking on the North Shore partly to the good relationship between the North Shore Mountain Bike Association and the District of North Vancouver.

“(The district) recognizes it as a positive thing in the community that also promotes youth engagement, quality of life,” Littlejohn said. “The relationship between the District of North Vancouver and the NSMBA is a great example of how these organizations can work together – they’re doing a great job keeping those trails in great shape considering how much they are used.”

The district also gives monetary support to NSMBA, which is a volunteer organization that works to benefit the whole community, Littlejohn said.

Christine Reid, executive director of the NSMBA, said the group receives $100,000 annually from the District of North Vancouver, one-quarter of its annual budget, to maintain trails on Mount Fromme. The relationship between the association and the district has allowed them to develop best practices for maintaining trails and collaborate on solutions. It has also supported the organization in contributing more than 13,300 volunteer hours of trail work in 2017. NSMBA also receives funding through grants, membership funding and donations from businesses, organizations and individuals.

“As a non-profit, this funding and community support is invaluable and is a relationship we would like to see continue for years to come,” Reid said. “The economic impact that mountain biking has on local businesses and the community shows that strong partnerships with the NSMBA has a return on investment and we encourage and welcome other businesses wanting to support their local trail association and trail users to find ways to do so.”

In addition, 80 jobs are supported by mountain bike tourism with $4.3 million in wages and salaries; it also contributes $8.9 million to the provincial GDP.

“This information (in the report) is important to demonstrate the value of trails for the community,” Littlejohn said.

B.C. is known as a destination for mountain biking, he added, with people coming to experience the terrain, the composition of the soil and the fauna. Many of the visitors are coming from Alberta, Washington state and California.

The theme is “Building a Diverse Mountain Bike Community” and the symposium will take place in North Vancouver.

It will include keynote speakers, presentations and panel discussions.

The topics will touch on building relationships with First Nations, adaptive mountain biking, youth, women and reducing barriers to participation.

There will also be some trail work and group rides during the weekend.