NBA great Steve Nash on his first dance with Jordan: ‘It was hero worship’

The Victoria basketball legend said he was “young and dumb” in making a rookie fan boy mistake in the NBA by asking an opposing player for his sneakers following a game.
May 15, 2020 2:02 PM By: Times Colonist 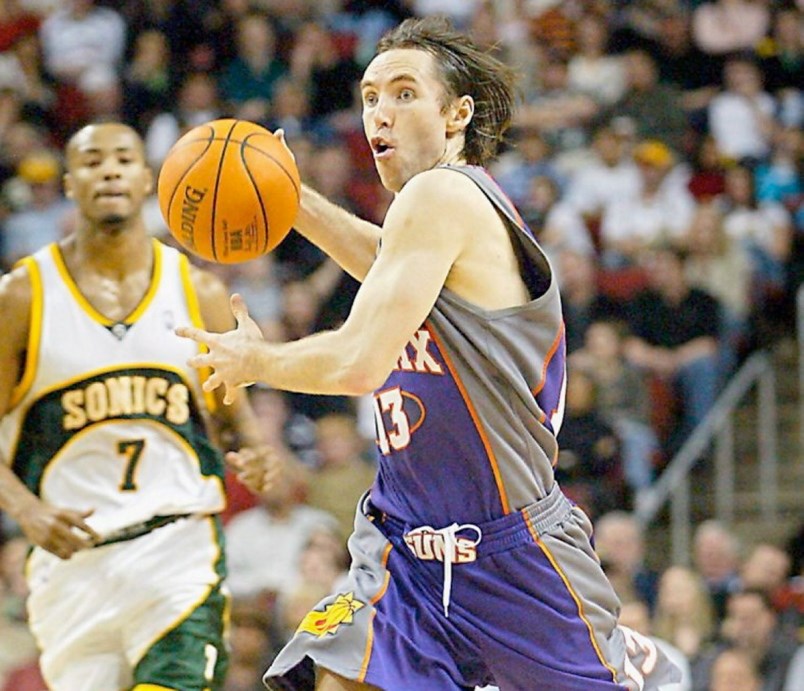 Victoria basketball legend Steve Nash said he was “young and dumb” in making a rookie fan boy mistake in the NBA by asking an opposing player for his sneakers following a game.

Nash proudly walked off the court with them but remembers teammate and Phoenix Suns veteran Rex Chapman being very angry by the move.

But you can be excused if that opponent is Michael Jordan.

“But at the same time, I wouldn’t change it for the world. [Jordan] was a hero who inspired and motivated me.”

All the way into the Basketball Hall Fame following a career as two-time NBA MVP, eight-time NBA all-star and Canadian Olympic team captain.

Nash was this week’s Twitter guest on the NBA Together chat with TNT’s Inside the NBA host Ernie Johnson. With the ESPN hit Jordan documentary The Last Dance currently the rage on Netflix, the former Chicago Bulls superstar was a natural subject of discussion.

Nash recalled following the Seattle SuperSonics like most Island basketball fans in the pre-Toronto Raptors and Vancouver Grizzlies era, but was “swept into the game because of Michael Jordan.”

“I was just starting to play the sport at a new school [St. Michaels University School] with new friends who were all playing basketball. To simultaneously have Michael Jordan enter the NBA and emerge . . . I was all in,” said Nash.

The Islander vividly remembers the first game against his idol.

“He backed me down to the post and hit a fade-away on me,” said Nash.

Nash said Jordan then sidled up to him during the following break in play and said: “You were at a slight disadvantage,” referring to the size and experience disparity.

“MJ just scored on me and is letting me have it in a fun way,” said Nash.

“I said: ‘Can I have your shoes after the game?’ Sure enough, I got them.”

“My first word was goal,” said Nash, on the NBA Together event.

“My parents were from the U.K. Growing up on the West Coast of Canada in a British household, soccer was No. 1. At 13-years-old I fell in love with basketball [at Arbutus Junior High] and never looked back. They are the two greatest sports in the world.”

The NBA Together chats are running weekly through the pandemic and feature past and present hoops personalities.

Nash quipped: “We are hanging in there. In eight weeks of quarantine with my wife and five kids, 75 per cent has been unbelievable and 25 per cent you want to jump out a window.”