Vancouver Whitecaps FC revealed their new 2019 kit on Friday, inspired by the iconic design first introduced during the ‘Caps NASL Soccer Bowl championship season in 1979.
0
Jan 25, 2019 11:57 AM By: Delta Optimist 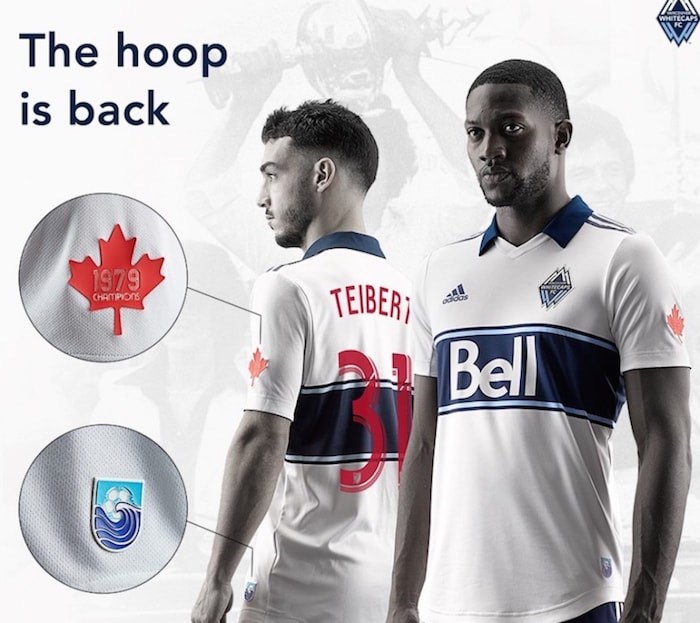 “As we embark on the 40th anniversary of our 1979 championship, we’re excited to bring back the uniform that each and every one of us on that team wore with such pride for the club and city,” said Bob Lenarduzzi, Whitecaps FC president. “This is a kit that we’re confident our fans and supporters are going to love.”

The 2019 Hoop Jersey, crafted in conjunction with adidas, features the return of the wrap-around hoop made famous during the club’s NASL days. For the first time in the MLS era, the primary kit will feature a combination of white jersey, blue shorts, and white socks.

Some of the additional details include:

“The tradition and history of this club is something that we are very proud of,” added Mikkel Strøjer, Whitecaps FC vice-president of brand and fan engagement. “To this day, many of our long-time fans and supporters talk fondly of their memories from the NASL days. We’re thrilled to bring that heritage back to the forefront with our 2019 kit.”

Some additional details include:

The Hoop Jersey will go on sale in early February at the new Official Team Store in Gastown.