But their inability to offer temporary summer jobs is something that weighs heavily on the club
Jul 2, 2020 7:53 AM By: Chuck Chiang 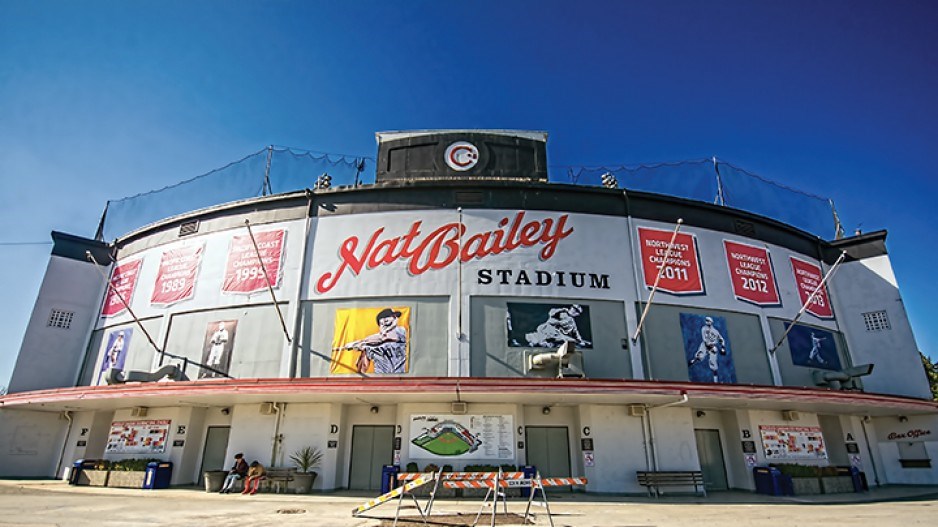 Minor League Baseball officially cancelled its 2020 season on Tuesday, an announcement that – while disappointing – also provided some relief for clubs like the Vancouver Canadians.

“Part of it is that everyone is just happy to get some clarity,” said Canadians general manager Allan Bailey of the news. “... Everyone was excited to have baseball back in the summer, so it’s tough and sad for everyone involved. At the same time, you look at the fans’ health and safety, and that’s paramount for us. And right now, with what’s going on, that just didn’t seem feasible, so we’ve been waiting for that announcement to come down.”

Minor League Baseball’s season has been suspended since March, and most observers expected cancellation as the only option given the inability to have fans in the seats, the lack of TV contracts to generate revenue and the players being held by Major League Baseball from assignment.

The Canadians have only furloughed “a couple” full-time staff members, Bailey said, but added that the club’s inability to offer temporary summer jobs – especially to young job seekers during their summer breaks from school – is something that weighs heavily on the club.

Season ticket holders, meanwhile, will have the option of a full refund or having their accounts roll over to the 2021 season (with incentives). Bailey said fans and sponsors have largely been supportive in choosing the rollover option, something the team is grateful for.

Minor league baseball teams have also had reputations of creativity when it comes to promoting its products, and the season’s cancellation has offered some clubs the opportunity to host dine-outs and farmers’ markets in ballparks in recent weeks.

Bailey said having a farmers’ market at Scotiabank Field at Nat Bailey Stadium isn’t realistic – there’s already a farmers' market in the park’s parking lot on a weekly basis – but the team is considering events like movie nights (with a picnic setting at the ballpark) or camping on the field as options to generate revenue.

“It’s definitely not going to be like having a game for us, for sure,” Bailey said. “Part of it is, if we put on these events, you’d like to see something come back to us, but it’s also having the opportunity of some community involvement like helping charities or front-line workers. So we are looking at ideas and what could be feasible.”

As for the 2021 season, Bailey said the Canadians will get going on organizing that process beginning in August. But he also noted he believes there is now a new normal in spectator sports, and drawing fans back to the ball park (even with a vaccine) is going to be challenging.

Bailey also noted, however, that the Canadians are up to that challenge.

“One of the fun parts of what we do – of being in our industry – is about making things fun and safe for fans,” he said, again noting minor league baseball’s marketing prowess. “So we will have come challenges to overcome, but we’ll find a new way forward.”

What the heck is pickleball and why do I love it so much?
Jul 24, 2020 6:54 AM
Comments
We welcome your feedback and encourage you to share your thoughts. We ask that you be respectful of others and their points of view, refrain from personal attacks and stay on topic. To learn about our commenting policies and how we moderate, please read our Community Guidelines.