A historic anniversary: this Vancouver college is celebrating their 49th year on 49th Avenue

Langara College wants all their previous students to consider themselves welcome to attend upcoming anniversary events, including Community Day on Saturday, June 15 Langara College is often referred to by its instructors and alumni as "one of Vancouv 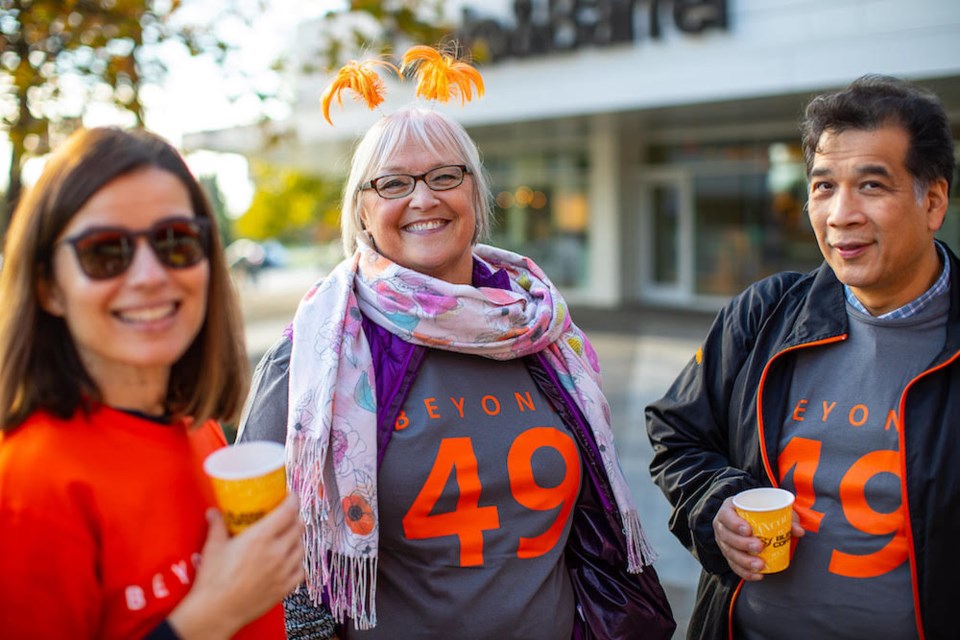 Langara College wants all their previous students to consider themselves welcome to attend upcoming anniversary events, including Community Day on Saturday, June 15

Langara College is often referred to by its instructors and alumni as "one of Vancouver's best-kept secrets." So says Moira Gookstetter, the Executive Director of the Langara College Foundation. In fact, Langara services students from Vancouver, Richmond, Burnaby, and all over the Lower Mainland.

The public degree-granting college sees over 22,000 students walk through its doors each year, and is proud to offer degrees in fields as diverse as arts, health, sciences, business, and the humanities. Langara also offers upgrades and continuing studies in accounting, finance, arts, business, and computer technology. Students from Langara have gone on to be doctors, lawyers, actors, business owners, teachers, artists, and more.

But this list of offerings and student accomplishment wasn't always the case. In fact, according to Gookstetter, the Langara we know and love came to be the way it is because of two very special occasions, both celebrating milestone anniversaries in 2019.

The first of these two anniversaries is their Beyond 49 celebration, honouring the 49 years that the college has had a campus existing on 49th Avenue. In 1970, Gookstetter says, "we had been part of Vancouver Community College, but there was a movement to create the current campus... And ever since then, we've been offering university transfer courses, here on 49th Avenue." The college is celebrating its 49th anniversary on Saturday, June 15, with their largest ever event, Community Day, presented by RBC Royal Bank.

The second anniversary, says Gookstetter, is the 25th anniversary of Vancouver Community College and Langara separating into two distinct entities.

"In 1994," she says, "there was a need to create specialized institutions. VCC had more trades and things like that whereas we were offering university transfer and credit courses."

While Gookstetter says that government changes were the initial drivers behind the two institutions separating, she says that Langara has been proud and happy to create a set of values and practice that is uniquely their own.

Gookstetter and the rest of her colleagues are hoping that anyone who has ever been a Langaran reaches out to join in on celebrating these anniversaries. "By Langaran, we mean anyone who has ever walked through our doors or taken a class," she adds. "We just really want to celebrate our community. We are a hidden jewel in this city. To be able to showcase that and reconnect with those who have passed through our doors is really important."

If you are a proud Langaran or would like to learn more about Community Day, head to the Langara College Beyond 49 website at www.beyond49.langara.ca.