It’s time to awaken the dragons. The paddles have yet to hit the water, but already excitement is swelling for the annual Concord Pacific Vancouver Dragon Boat Festival. 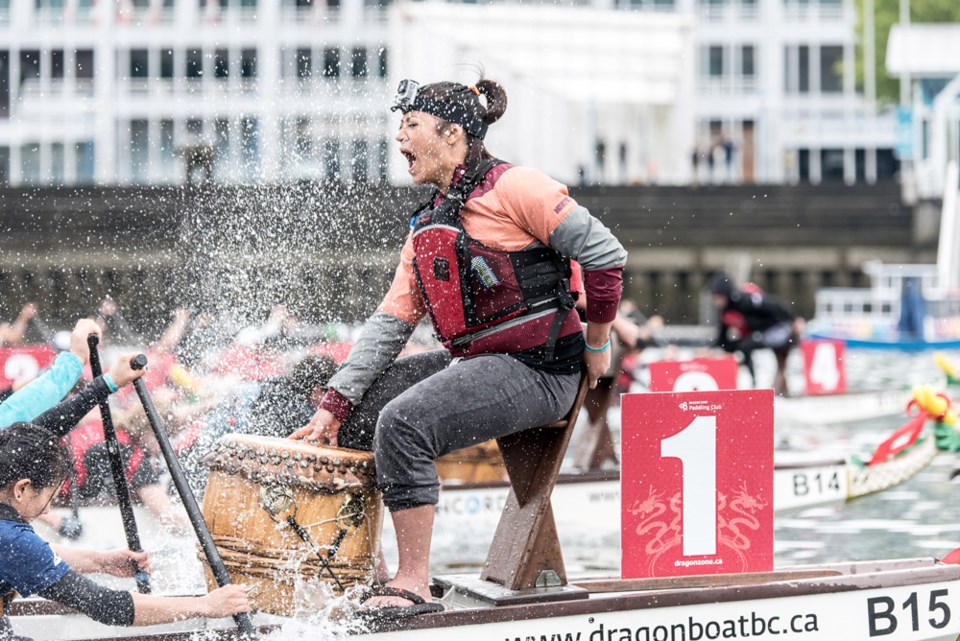 It’s time to awaken the dragons.

The paddles have yet to hit the water, but already excitement is swelling for the annual Concord Pacific Vancouver Dragon Boat Festival.

And this year is all about changing perceptions, says general manager Ann Phelps.

Although the three-day festival, which runs June 23-25, is typically thought of as a sporting affair, that’s just touching the surface of this cultural and artistic event, according to Phelps.

Inspired by the artistry of the paddlers and beautiful False Creek, artists Katie and Paul Morris, whose vibrant artwork was discovered by Phelps on Granville Island, designed this year’s promotional poster.

Likewise, festival participants will be urged to not pick up an oar, but a pencil, paintbrush and paper to recreate enlarged images of Vancouver artwork. The winning submission will later be showcased on a billboard.

For those more inclined to create ‘artwork’ with a knife, local chefs will be putting judges’ taste buds to the test in the Taste of the Festival competition. But fret not, you too can taste-test the delicious creations yourself at the array of food trucks attending the festivities.

If you beat to a different drum, there’s also something for you: the “heartbeat of the festival” — the drumming contest.

The combination of athletics and artistry can also be experienced through live music performances on the World Beat Stage, a Circus West POP-up, a Portobello West marketplace and so much more.

Similar to how it takes a co-ordinated team to row for the finish line, Phelps says this year’s organizers have worked together to prove “they can accomplish anything” while delivering world-class entertainment for all.

For more information about the Canadian International Dragon Boat Festival, visit dragonboat.ca or call 604-688-2382. Get a behind-the-scenes look at the festivities on social media on Facebook, Twitter, and Instagram.