Mary Martin is living proof that good luck can happen by accident. “I think I had a guardian angel,” says Martin, who had a liver transplant in 2017 and now serves as a Canadian Liver Foundation board member and mentor for other transplant patients. 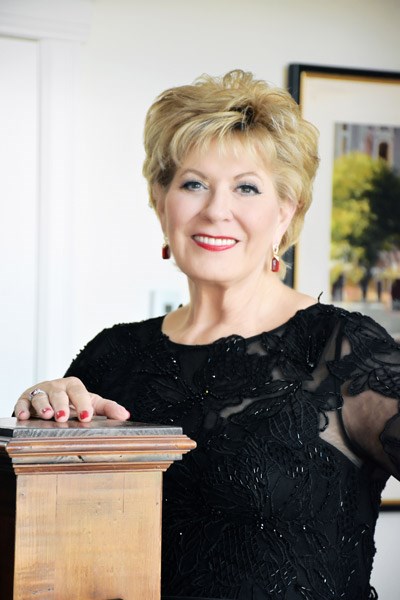 Mary Martin is living proof that good luck can happen by accident.

“I think I had a guardian angel,” says Martin, who had a liver transplant in 2017 and now serves as a Canadian Liver Foundation board member and mentor for other transplant patients. “I had absolutely no symptoms whatsoever. I was, as far as I knew, a very healthy person.”

But in June 2015, she and her husband were on their way to see a movie when another driver slammed into their vehicle. The accident totalled the other driver’s car and left Martin with bumps and bruises she got her doctor to look at.

It was then, when blood tests conducted during the checkup came back it showed some serious concerns.

“It was only then there was an indication something was wrong,” Martin says, adding the danger with liver disease is that there can sometimes be no warnings.

“Usually, there are no symptoms until it’s too late.”

Even her family medical history didn’t ring any immediate alarm bells. The diagnosis of liver disease came as a complete shock.

“I was angry and thought, what have I done to cause this? Where did I go wrong, and what do I need to do to change this?” Martin says, adding she subsequently battled disbelief and stubbornness, declining to go on the transplant list.

That was until her doctor told her a transplant was a matter of life and death.

Faced with that devastating news, Martin went on the list. And all the time she was going through the ordeal, the option of seeking help from an outside source, like the Liver Foundation, was not apparent.

“That’s why I decided to embark on this mentoring program,” she says.

Now, within the next three months or so, hopes are the foundation will have the program in place to help guide patients through the pre-transplant process.

Since her surgery, life has been positive for Martin who has enjoyed good health and looks forward to her role as a mentor.

“The message I want to get out there is that you don’t have to go through this alone,” she says. “You only have one life to enjoy, so make sure you are informed about your own health.”