"One of the unique things about us," explains Joanna Dundas, Artistic Director of the vocal ensemble, musica intima , "is that we are both a professional ensemble and a charitable non-profit society. 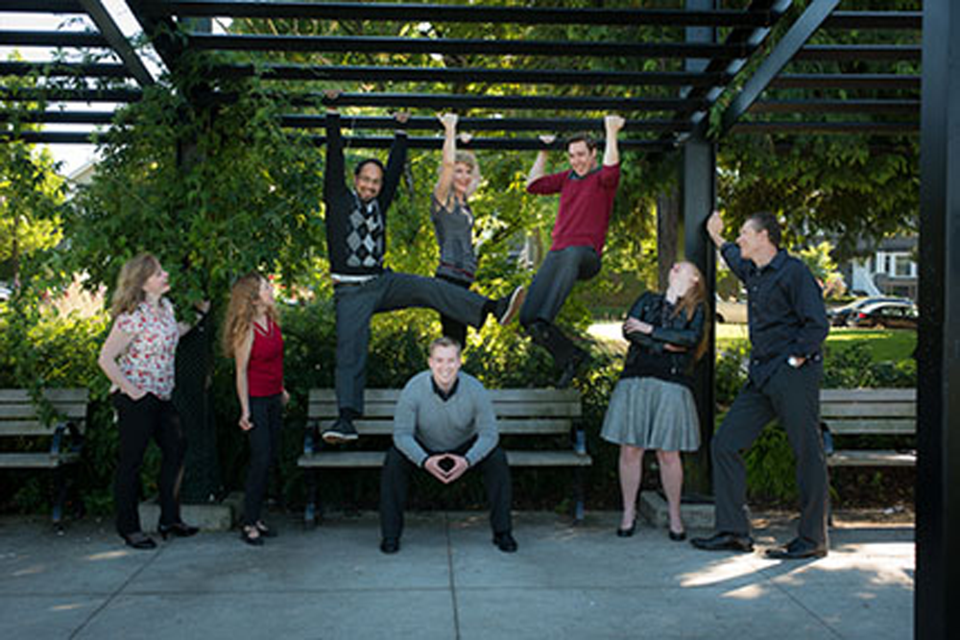 "One of the unique things about us," explains Joanna Dundas, Artistic Director of the vocal ensemble, musica intima, "is that we are both a professional ensemble and a charitable non-profit society. Unfortunately, people don't always recognize that we are a charity; we could not possibly exist without the support of our sponsors, donors, and patrons."

December is a particularly rewarding time to make a donation to musica intima, as the ensemble's Board of Directors has announced that it will match any donations made during the month.

"Matching doubles the impact," Joanna says. "It's also a way for people who can't afford to give much but who want to help, to donate and know that their contribution will make a big difference."

Accepting donations from individuals and businesses is a way for musica intima to keep its ticket prices affordable and still achieve a balanced budget.

"All donors receive a tax receipt," notes Joanna, "and we recognize donors in our concert programs."

Fundraising is a fact of life for many arts groups in the city and musica intima is no exception.

"We recently held a fundraiser at Fluevog Shoes," Joanna laughs. "It was called 'Sip, Sing, and Shop!' and half of the proceeds of any shoe sales were donated to musica intima."

The award-winning musica intima ensemble has two series of performances coming up in December. The "Joy to the World!" concerts in New Westminster and Vancouver will feature traditional Christmas music and the ever-popular audience sing-along.

"A special treat this year is the appearance of Michael Murray, a renowned organist and founding member of musica intima," Joanna notes. "This concert marks the season for many people and includes many traditional elements. Michael will play mixed pieces with the ensemble, some organ solos and we'll also be featuring one of our altos, Katherine Evans, playing the trumpet for some pieces."

A performance called "Ding Dong" will be held at the Anza Club in Vancouver and will feature a totally different style of performance from the ensemble.

"It's a folksy-and jazzy show," Joanna explains. "We have singers who are well versed in a variety of styles, such as jazz and musical theatre. We wanted to create a fun, contemporary, somewhat sappy show that would be the kind of Christmas show that would appeal to people who want something different at this time of year."

Whatever your musical taste, musica intima has a performance for you.

For more information on musica intima, the upcoming concerts, and how your donation can make a difference, call 604.731.6618, visit the website or email. musica intima can also be found on Facebook, Twitter, and Instagram.