Heading into their 25th year of performing and recording, musica intima brings a creative approach to what it means to function as a vocal ensemble. 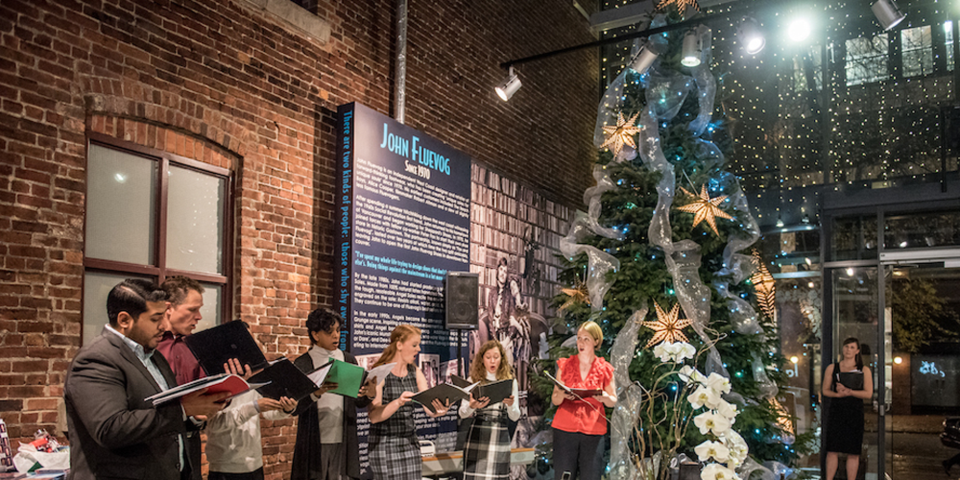 Heading into their 25th year of performing and recording, musica intima brings a creative approach to what it means to function as a vocal ensemble.

"The group uses a shared leadership process," explains Joanna Dundas, Artistic Manager of musica intima. "We have no conductor. Instead, at the beginning of each rehearsal one of our capable musicians will take the lead on a piece. They are the piece facilitator, looking at tempo, difficult transitions etc.—and it becomes a collaborative musical process."

Using this shared leadership model, musica intima is able to create a unique connection between the ensemble and the audience.

"It's not that we don't like conductors," Joanna laughs; "All our musicians are experienced directors and conductors, but we consider the audience to be the added member of the ensemble; the circle is complete when the audience is there and there's nothing to break that connection."

Founded in 1992, the musica intima ensemble has developed a reputation for a warm and engaging stage presence in addition to winning numerous awards.

"We've made nine commercial recordings," Joanna says; "Some have been nominated for JUNO awards and West Coast Music Awards. We've performed in festivals across Canada, in Europe and Korea."

Lower Mainland audiences will have a chance to witness the fun and creativity musica intima brings to the stage in Family Day and Womenspiration shows in February and March, respectively.

In its third year, musica intima’s Family Day Show in February is quickly becoming a traditional outing for audiences of all ages. It features folk songs, kid’s songs and a few classical choral pieces, and new this year is the Vancouver Youth Choir Kids as special guests.

Womenspiration, the ensemble’s show in March, is a celebration of International Women’s Day and of female artists. musica intima will premiere Uta’s Escape, a new work by Vancouver composer Jennifer Butler, with text by Canadian writer Maria Reva, which been featured in the pages of the UK’s The Guardian newspaper.