Transforming the funeral industry with affordability and transparency

Dignity, respect, simplicity – Amherst Funeral and Cremation Services holds fast to the principle that the best service can also be simple and affordable. 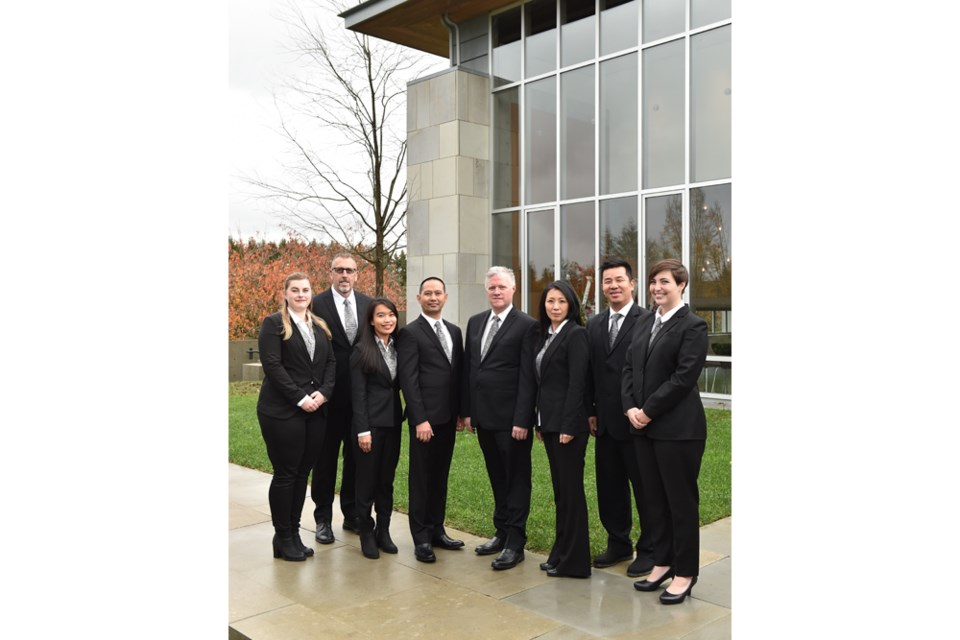 Dignity, respect, simplicity – Amherst Funeral and Cremation Services holds fast to the principle that the best service can also be simple and affordable.

When a loved one nears the end of their life, families should be able to focus on spending precious time together. Sadly, this isn’t always the case – often time can slip away in needlessly complex details and planning.

That’s why Scott McFarlane founded Amherst Funeral and Cremation Services. He was driven by the firm belief that all families should have the right to quality and affordable funeral services, without having to sacrifice the dignity or respect of both the dying and the living.

Amherst was established in 2008 as a proudly Canadian, locally owned and operated, independent business. Free of ties to large, funeral chains and other funeral homes and chapels, McFarlane was able to base the company on what he truly believed the industry was missing.

Nearly ten years later, Amherst still operates on the creed that funeral arrangements should be simple, to the point, and free of sales pitches.

“We don’t pressure families,” says McFarlane, who is the owner, funeral director and embalmer of Amherst.

“When death is imminent, our mission is to allow the families to focus on spending precious time with their loved ones, not to rush them to the funeral home to sign arrangement paperwork and distract them with complicated decisions about costs.”

With such laudable principles, it is easy for Amherst to be so transparent with their pricing and services.

Where the majority of funeral homes are now owned by international chains with a heavy focus on sales, Amherst helps serve its communities by representing the rare, local, and independent choice that also provides competitive and affordable pricing.

“We’re not in the business of upselling,” he says. “On the contrary, we work with families to bring you just the service you want: no more, no less.”

Giving back to the community extends past Amherst’s breadth of services. With no chapel of its own, Amherst is able to share its profits with communities in need of financial support. It continues to network and give opportunities to churches and halls that open their facilities for funerals and memorials to help the families it serves.

“Rather than profiting for ourselves, the revenue can go directly to the churches and community halls, which will directly benefit them,” McFarlane says.

With such a simple, yet surprisingly uncommon, approach, it is no wonder Amherst Funeral and Cremation Services continues to grow.

It is with pride that McFarlane says, “We simply believe that funeral, cremation and burial costs need not be overly complicated and financially draining, especially at moments of grief.”