You may have heard that testing for sleep apnea requires an overnight stay in hospital, being hooked up to 15 or more wires and contraptions, and sitting on a long waiting list. 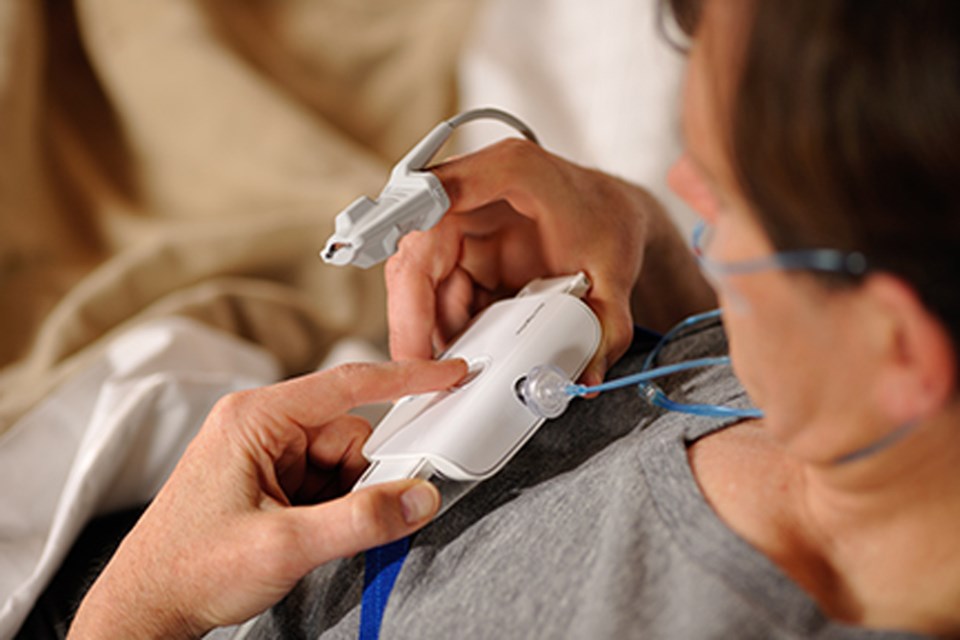 You may have heard that testing for sleep apnea requires an overnight stay in hospital, being hooked up to 15 or more wires and contraptions, and sitting on a long waiting list.

While that was once the case, clinics such as Coastal Sleep, which has six locations in the Lower Mainland, now offer an in-home testing alternative with far fewer monitors—and a much shorter wait time.

"We provide the equipment for you to be tested for sleep apnea in the comfort of your own home," says Paul Sweeney, a Registered Respiratory Therapist and President of Coastal Sleep. "There's a small monitor, a nasal devise to measure airflow, and a chest band to measure chest movements. That’s it."

A common indicator of sleep apnea is the interruption of breathing during the deep sleep state.

"Should this happen," Paul says, "the monitor senses that the chest is moving, but there's no airflow. This indicates that there is likely an obstruction to the airway."

Known as Obstructive Sleep Apnea (OSA), this type of sleep apnea is the most common.

"Approximately one in fifteen people suffer from a mild form of OSA, but around 75 percent of them are undiagnosed," Paul notes.

If you have diabetes or heart issues, the likelihood of you suffering apnea rises up to 50 percent, says Paul. Drug resistant hypertension – a condition where hypertension is still a health factor, regardless of the medication prescribed– results in an 83 percent chance of sleep apnea.

"At Coastal Sleep, we also deal with people with pacemakers, congestive heart failure, and an addiction to narcotics," Paul says.  “After obtaining the results from the monitor, we can sit down with the patient and discuss the diagnosis. We will also keep your family doctor informed."

Coastal Sleep is also a preferred vendor for both Vancouver Coastal Health and Fraser Valley Health.

"We were chosen because the health authorities felt that we offered the best in service and support for our patients," Paul says.

For a complimentary in-home testing of sleep apnea, call Coastal Sleep or discuss it further with your doctor.

For more information about home-based testing for sleep apnea in the Vancouver area call Coastal Sleep at 1.877.241.9066, visit their website or send them an email. There is a Coastal Sleep facility in Vancouver located at 103-511 West 7th Avenue. Coastal Sleep can also be found on Facebook and Twitter.