BC BuzZ is a magazine-style interview show that celebrates all things British Columbian.
BC Buzz Jul 22, 2015 6:00 AM

Squamish Valley Music Festival is much more than just some music event, its a moment in time where music, art and over 100,000 glorious people join together in one of the most beautiful places in the world. As they use to say, “happy times in a big field with some awesome music”……..this field has gotten much much bigger, the music is better than ever and that makes for the happiest of times in one of the coolest places on earth!

Squamish Valley Music Festival kicks off in a few weeks and I got to sit back with the executive director Paul Runnals to chat about what to expect at this year’s party along the Sea to Sky.

Over 70 artists from across the globe will grace the four stages of the Virgin Mobile Presents Squamish Valley Music Festival this summer, led by the star-studded trio of headliners, Mumford & Sons, Drake, and Sam Smith. Back for its sixth year, the Festival, produced by Live Nation Canada in partnership with festival creators brand.LIVE Management Group, takes place at the Logger Sports Grounds and Centennial Fields in Squamish, British Columbia, August 7, 8 & 9, 2015. 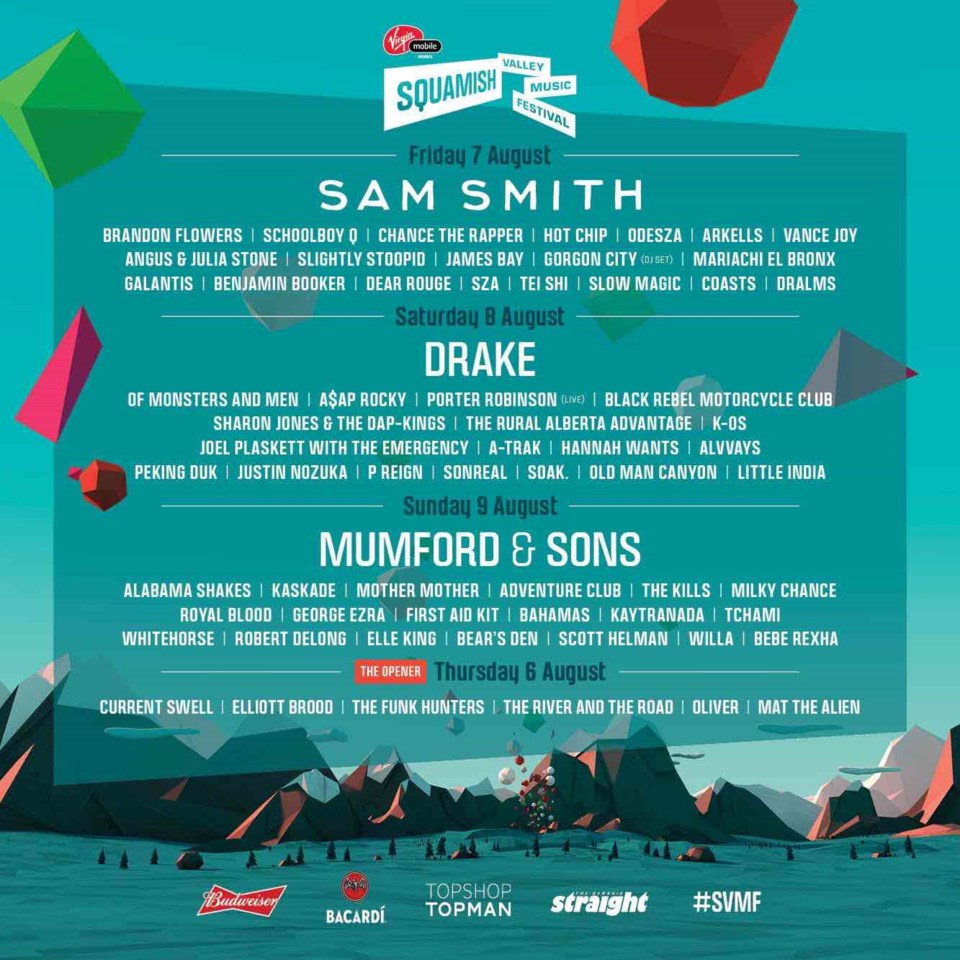