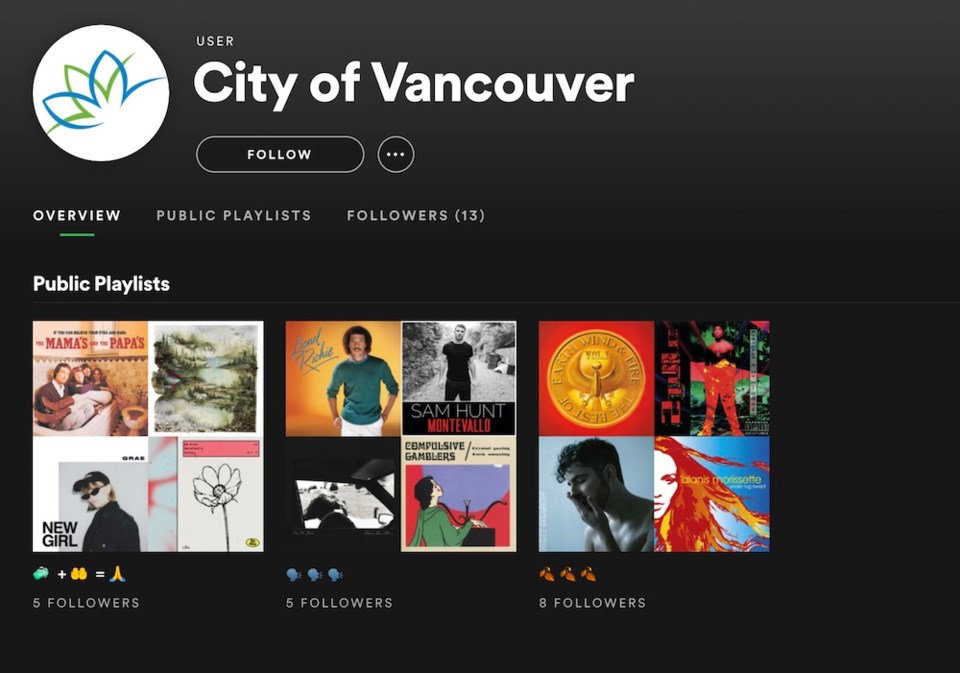 Looking for a new playlist to fire up this weekend?

If so, the City of Vancouver has you covered.

The City (yes, the same one that's responsible for approving all of those temporary patio applications, buying expensive office furniture and dealing with property rezoning) recently dropped a series of pandemic-themed playlists that don't just include a variety of genre-spanning tunes, but also carry some not-so-hidden messages.

Each of the three playlists are titled using emojis only, presumably in an effort to let the song titles speak for themselves.

The first playlist in the trio, named "🍂🍂🍂" and posted to Twitter Thursday, includes (in a very particular order) the tracks:

A third playlist posted to Twitter Saturday afternoon is simply titled "🧼 + 🤲 = 🙏" and appears to be inspired by one notable Provincial Health Officer, in particular.

In order, the songs are:

With the number of COVID-19 cases continuing to rise across younger age groups, it's not a stretch to interpret the playlists as a subtle attempt to connect with some Vancouverites who might be in need of an occasional reminder about the importance of proper physical distancing. (For example, remember when Vancouver Coastal Health launched a TikTok campaign last month?)

But whatever the reasoning behind these playlists might be, we can't deny their cleverness.

In conclusion, we humbly offer our sincere props to whichever City staffer thought up this idea, and kindly request that you keep 'em coming.