A Vancouver teen who has dyslexia, ADHD, and social anxiety has won the coveted prize.

A Vancouver teen who has dyslexia, ADHD, and social anxiety has won the coveted $250,000 US international Screenwriting Contest.

Esabella Strickland, 15, hails from Vancouver and describes herself as a "Renaissance girl." Not only does the local teen write, but she also acts, paints, and draws.

Additionally, Esabella paints jean pockets for celebrities and special orders; 10 per cent of sales go toward local charities, too.

There were 2700 entries from around the world, and Esabella won best in the category Sci Fi-Fantasy as well as overall.

Then and There, Here and Where

She finished co-writing her first Young Adult Novel: Then and There, Here and Where, which was published in early March. The main character of the book, Orabella, learns to become a heroine while having a learning disability.

On her website, Esabella states that her goal "is to have girls feel connected and empowered by Orabella."

She explains how she's strived to train herself with techniques she uses to deal with anxiety, ADHD, and dyslexia. "Through this process she's discovered what she calls her two superpowers, memorizing and a higher level of sensitivity toward others, including the characters she plays, She has also trained herself with mindfulness and grounding techniques to cope with her anxiety - something she hopes to pass onto those who she works with."

Then and There, Here and Where will be made into a film; the money Esebella won in the contest will go toward funding it. 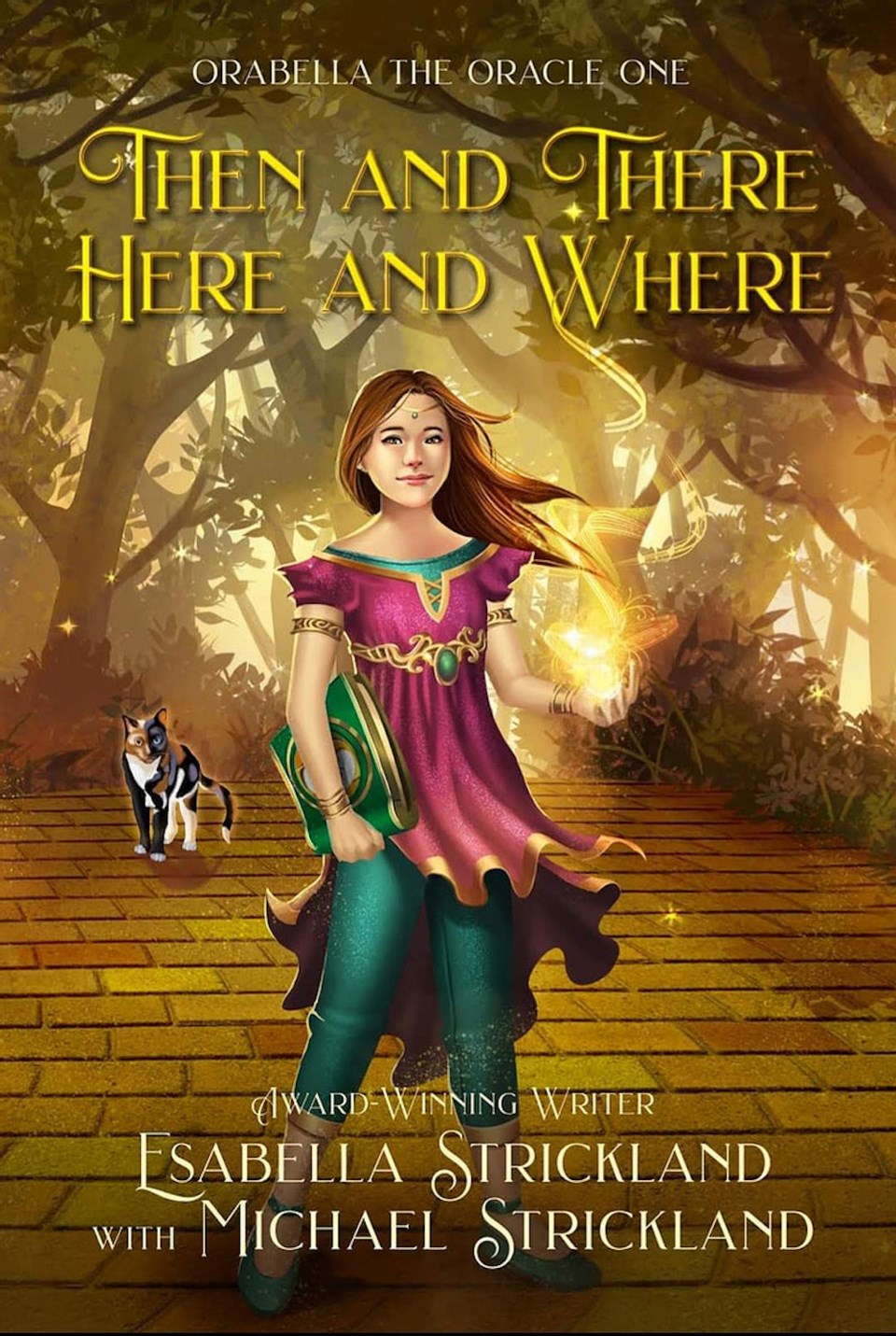 Esabella has also starred in several indie films, and also co-wrote, co-directed and starred in the short film My Red Ball through the Young Movie Makers Program.

Written through her own life experience, My Red Ball handles themes of bullying; it has gone to appear in 60 international film festivals.