Following the coronavirus outbreak, the airline had initially suspended service to China through the end of February.
Feb 25, 2020 3:01 PM By: Kirsten Clarke 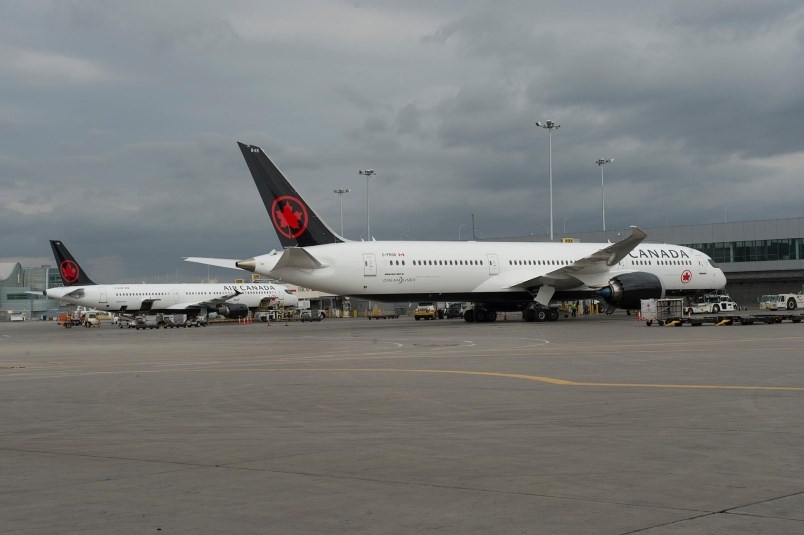 Air Canada announced Tuesday that it’s extending its suspension of all direct flights between Canada to mainland China as the number of coronavirus cases continues to grow worldwide.

Direct flights from Vancouver International Airport, as well as Montreal and Toronto airports, to Beijing and Shanghai have been suspended until April 10.

Those flights were initially suspended for the month of February, after the federal government issued a travel advisory Jan. 29 warning Canadians to avoid all non-essential travel to mainland China, and to avoid travel altogether to Hubei province.

Customers whose flights have been cancelled will be notified.

“Air Canada will continue to monitor this evolving situation closely in consultation with the Public Health Agency of Canada, Transport Canada and Global Affairs, and will adjust its schedule as appropriate,” reads a statement from the company.

The airline also announced it is extending the suspension of its daily non-stop flights between Toronto and Hong Kong until April 30, due to reduced demand, but will accommodate customers booked on the affected flights on its non-stop Vancouver-Hong Kong flights.

Air Canada normally operates 14 flights per week to Hong Kong, with seven from Toronto and seven from Vancouver.

In addition to the travel advisory for China, the government also heightened its travel advisories for northern Italy and South Korea this week.

The government warns travellers to “exercise a high degree of caution” and “practice special precautions” in both regions due to the spread of COVID-19.

As of Tuesday, nearly 1,000 cases of the novel coronavirus have been reported in South Korea, with 11 deaths.

Cases have been confirmed in all provinces in South Korea, according to the travel advisory, and “sustained community spread of the virus is being reported.”

“This means it is unknown how or where some people became infected, and the spread is ongoing.”

A similar notice is posted for northern Italy, where most of the country's cases have been reported and several towns are under quarantine.

Italy has reported 323 cases of the virus, as well as 11 deaths.

The federal government still advises that travellers monitor their health for 14 days after returning to Canada, and contact their local health authorities if they develop any symptoms, which include difficulty breathing, cough and fever.