Vancouver has seen an escalation in hate crimes targeting Asians
May 4, 2020 5:02 PM By: Mike Howell 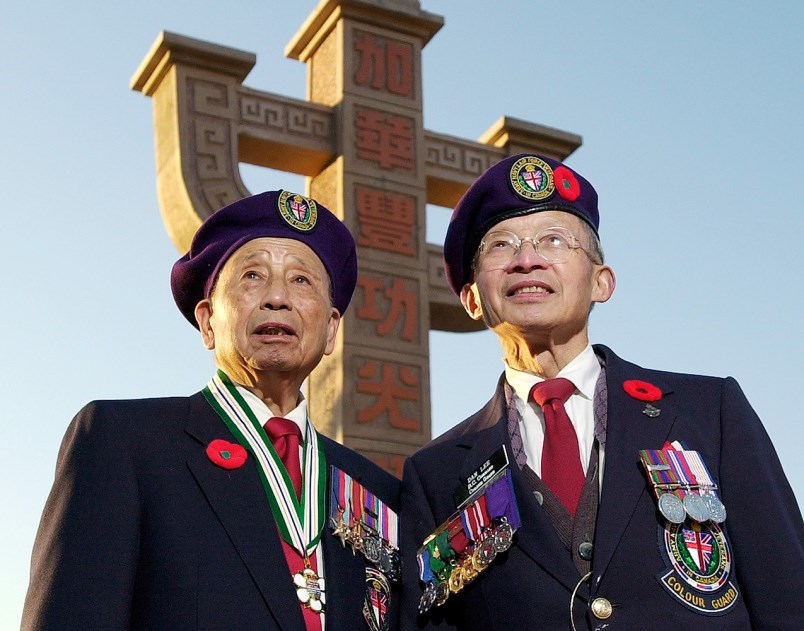 You’ve probably seen the video by now — a biker-like thug grabs a 92-year-old Asian man and throws him to a sidewalk outside a convenience store near Nanaimo and East First Avenue.

That act of violence was preceded by the thug allegedly yelling racist remarks at the man related to COVID-19, the infectious disease that was first recognized in China.

Police now have a suspect.

The anti-Asian hate crime was one of nine Vancouver police say they received this year. It’s an alarming trend when statistics show a total of 12 crimes targeting Asians were recorded for the entire year in 2019.

So what’s going on?

As we’ve heard police say, some of those acts —which included graffiti sprayed on the Chinese Cultural Centre in Chinatown — are connected to the pandemic.

Which is terribly sad, not to mention misguided; I’ll spare you my argument about how millions of farmers around the globe rely on “wet markets” to make a buck, and how the transmission of the disease is a poverty problem, not a race problem.

Racists, I doubt, would listen anyway.

But maybe they’d listen to Roy Mah and Daniel Lee, or at least their stories, of what it really means to be honourable and Canadian, and what it took for them to remain so.

I had this unrealistic dream that if the Second World War veterans were still alive, they could be called into action to serve as an extension of the justice system in these cases of hate.

It would begin with a person convicted of such a crime required to meet Mah and Lee at Chinatown Memorial Square on Keefer Street.

There, Mah and Lee would explain — as they did in November 2003 during the unveiling of a monument to honour Chinese war veterans and Chinese railway workers — their sacrifice for the country.

The Edmonton-born Mah and Vancouver-born Lee would recount how they enlisted in the military and went overseas, even though they were not considered citizens, or given the right to vote in Canada until they returned home.

They would stroll through Chinatown, where Mah would point out the old headquarters of the The New Citizen and later The Chinatown News, where he used his words to fight for civil rights and battle racism.

Lee could visit the apartment he was born in at Main and Pender, and recall how he dreamed of joining the air force after hearing the radio broadcast of the 1927 Lindbergh flight from New York to Paris.

Their final stop would be the Cultural Centre on Pender Street, not so much to tour the military museum, but to stress the importance of an event that occurred there April 22, 2018.

That’s when then-mayor Gregor Robertson and members of his council officially apologized for the historical discrimination that previous city councils caused and perpetuated against the Chinese community.

Sadly, Mah and Lee died before they heard the apology.

Which means they’re no longer around to educate racists about what Vancouver used to be and what it is now: for the most part, a civil society, said the white guy who just wrote that sentence.

But their stories remain.

Mah’s hope before he died was that enlisting in the army to fight for Canada’s continued freedom, to fight for his citizenship and to earn the right to vote was worth the years he devoted to fairness.

He said as much when he stood at a microphone in Chinatown Memorial Square in November 2003 to mark the unveiling of the monument.

Lee and a couple dozen other veterans sat in the first few rows. They fixed their gaze on the 85-year-old Mah, who was dressed in a navy-blue blazer adorned with a chest full of medals.

In a clear and measured voice, he started in, his words echoing off the nearby buildings.

“This is the dream we were fighting for,” he said.

“The statue, symbolizing this dream will stand as a constant reminder of the tremendous struggles and sacrifices the railroad workers and the Chinese-Canadian veterans had made to ensure that this country, this province and this city is a better place in which to live.”

These are important words to reflect upon in these extraordinary times, particularly as the city marks “Asian Heritage Month” this month.

In announcing the celebration last week, the mayor and city officials urged people to call out racists and racism, saying intolerant attitudes have no place in Vancouver.

Roy Mah and Daniel Lee, along with fellow veterans, surviving family members and the 92-year-old man thrown to the sidewalk in East Van in March, would expect nothing less.