In an attempt to close investigations into unidentified human remains, the BC Coroners Service has unveiled an interactive map aimed at allowing the public to help provide information.
0
Mar 27, 2019 4:03 PM By: Jeremy Hainsworth

In an attempt to close investigations into unidentified human remains, the BC Coroners Service has unveiled an interactive map aimed at allowing the public to help provide information.

“By reaching out and engaging members of the public with the launch of this innovative tool, it's our hope to gain new investigative leads that will lead to the identification of these unidentified individuals and bring closure to their families,” chief coroner Lisa Lapointe said. 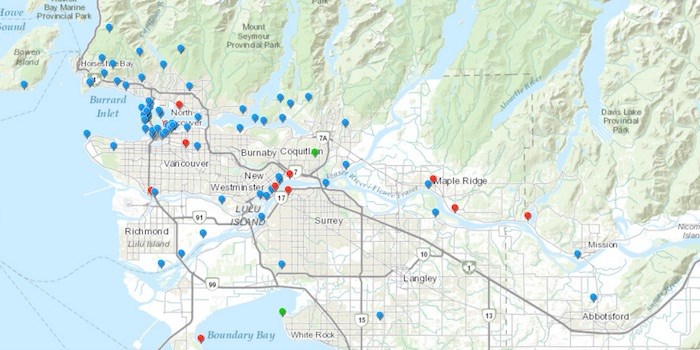 The viewer is an interactive web-mapping application containing spatial, temporal and statistical information on all of B.C.’s active, unsolved unidentified human remains investigations –about 200 cases dating as far back as 1953.

The viewer was developed by coroners service special investigations unit analyst Ian Charlton and provides a visual overview of approximate locations where remains were found, and case numbers for reference.

The service also maintains an unidentified human remains inventory against which it compares missing persons queries or reports of presumed deaths.

According to a copy of the Coroners Service investigative policy and procedures manual, the service has various policies to follow in the case of unidentified remains.

Unidentified remains must remain in service custody until identification is made, the manual said.

A DNA data bank is also maintained for the same purpose.

Unidentified human remains that are predominantly skeletal must undergo an archaeological examination.

The map can be seen at https://bit.ly/2MWfIui

Reporter Jeremy Hainsworth can be contacted at jhainsworth@glaciermedia.ca