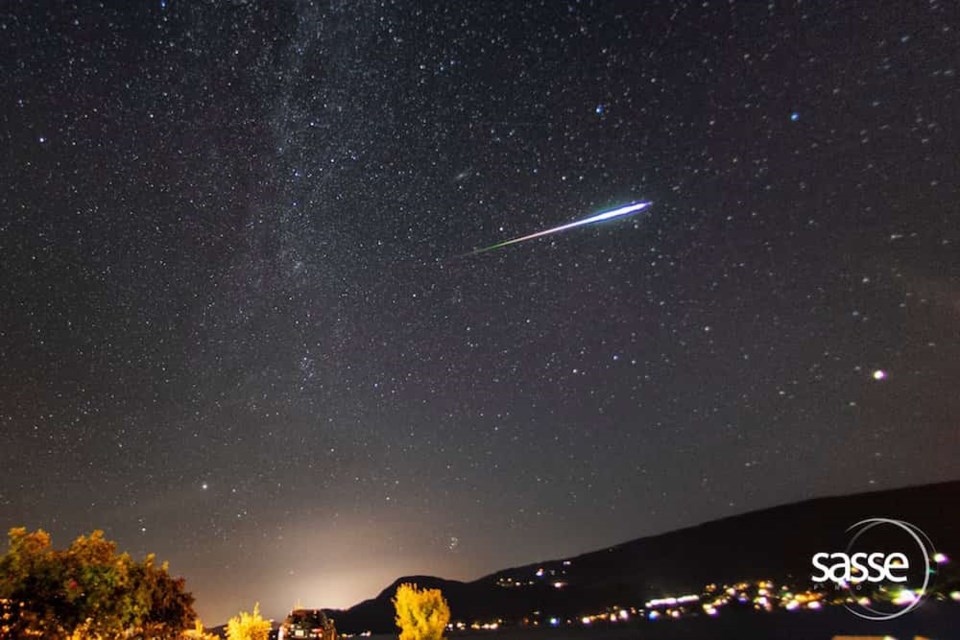 Considered one of the best showers of the year, the Perseid meteor shower will continue to dazzle Metro Vancouver skies this month.

The shower peaked this week between Aug. 11 and Aug. 13, and offered stargazers the chance to view multiple meteors an hour. However, the spectacular show will still be visible until roughly Aug. 24.

Dr. Christian Sasse, an astrophotographer in B.C., captured a breathtaking image of a shooting star on Aug. 13 in Kelowna. In a Tweet, he notes that you can also see the Andromeda Galaxy above the green tail.

According to Space.com, the Perseid shower produces about one meteor, "per minute, or 60 per hour, and AMS estimates that the rate can increase to as many as 75 per hour."  In fact, they note that in 2016 stargazers were able to view between 150-200 meteors an hour.

The Perseids are also strikingly bright meteors, and are second only to the Geminid meteor shower in December.

In order to view the celestial spectacle, the H.R. MacMillan Space Centre sates that you don’t need a telescope or any special equipment. That said, you should find a nice wide-open dark space where you can lay down and look northeast where the constellation Perseus is.

"If you have a star gazing app on your phone you could use that to orient yourself, but as much as possible try not to look at your phone as it will ruin your dark adaption. After about 20-30 minutes your eyes will adjust to the dark and you’ll be able to see the fainter meteors," says the space centre.

Interested in learning more about the Perseid Meteor Shower? This week for our “Space Centre at Home” theme we will explore how meteors and comets differ. Check out our activities for kids 8+, teens and adults online here https://t.co/BZnvrgGTGv pic.twitter.com/9jgFF3lvwj