Canada ranked #4 country in the world to raise a family

Canada ranks among the top ten best countries in the world for families in 2020, according to a recent survey.

The 2020 report looked at 73 countries, and the rankings are based on, "how people's perceptions define countries in terms of a number of qualitative characteristics."

Scandinavian countries dominated the top of the rankings for families, with Denmark, Sweden and Norway clinching the first, second and third spots. Interestingly, Denmark and Sweden were also selected as the best countries in the world for women, too.

Daily Mail notes that Denmark was highlighted for its generous maternity and paternity leave policies, as well as free education and health care. Sweden was also praised for similar reasons, as well as the Nordic country's low crime rate.

Canada and the Netherlands rounded out the top five. 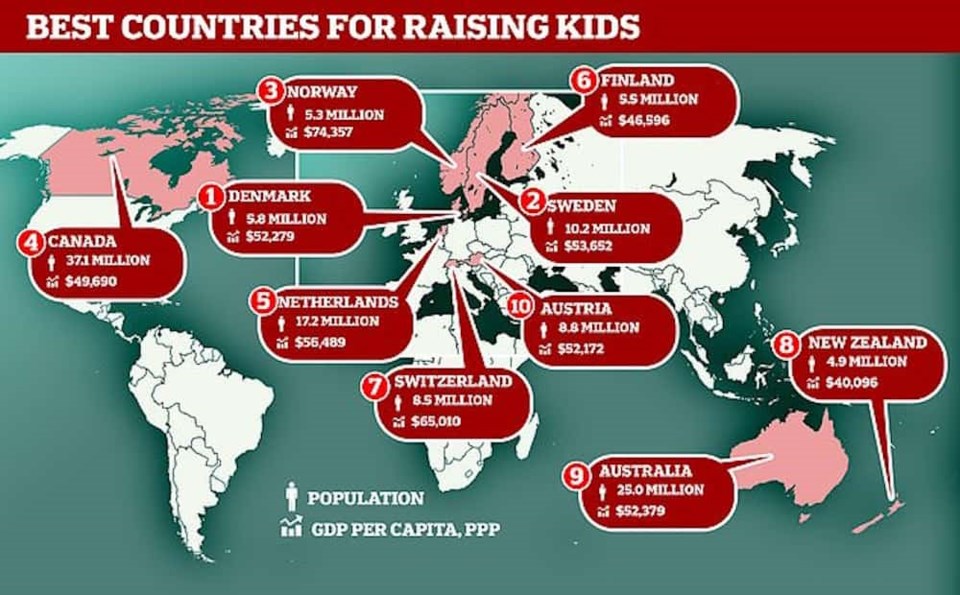 Photo: Daily Mail
Daily Mail also highlights how, "The US was ranked 18th in the world for bringing up a child, scoring poorly in categories like safety (1.5), affordability (0.6), political stability (4.2) and income equality (1.1)."