While Vancouver gas prices are not the lowest in the province, a number of stations are offering gas for well under a buck a litre as of Friday, April 17.

The following stations are offering gas for 92.9 cents per litre: the Esso at 4064 Fraser Street and King Edward Avenue; the Chevron at 2605 East 49th and Elliott Street; the Chevron at 8884 Granville Street and Southwest Marine Drive; and the Shell at 3114 East 49th Avenue and Kerr Street.

Four stations are also offering gas for 93.9 cents per litre. 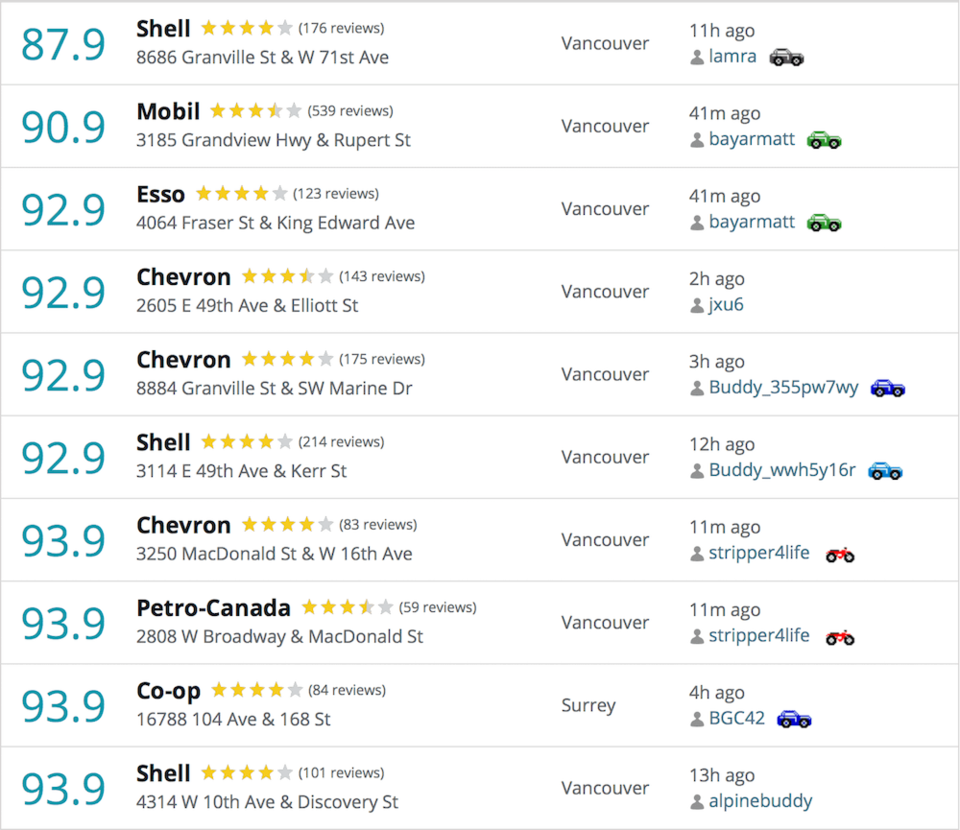 In 2019, most people would have scoffed at the notion that Vancouver gas prices would fall below a buck litre in 2020. However, prices have continued to fall across the city.

As of Sunday, April 12,  a number of stations in Vancouver were selling gas for as little as 85.9 cents per litre. In fact, a handful of them were still selling them early Monday morning. However, prices had climbed up closer to 88 cents per litre later in the day.