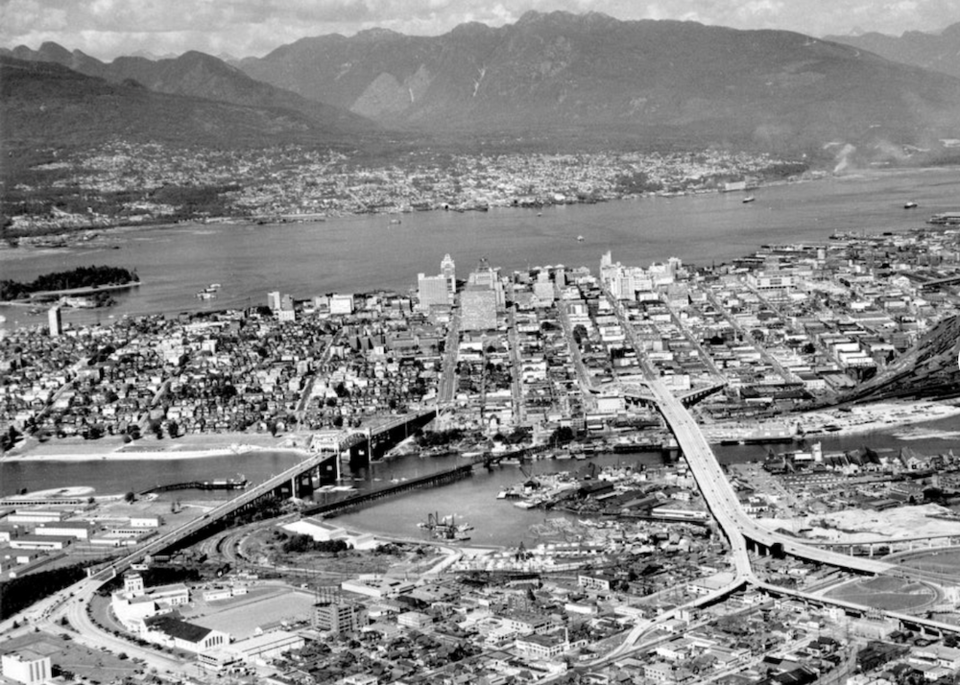 An overhead view of the city of Vancouver, as captured in 1957. Reddit, u/Dave2onreddit

One Reddit post uploaded to the social media platform late Thursday night is highlighting the remarkable differences between Vancouver's downtown core in 1957 and now.

Vancouver reddit user JesusIsARaisin logged into Google Earth, referencing an aerial shot of the area taken 64 years ago to navigate the 3D satellite images and capture the exact same view of the city, just in modern day. The archival image was originally dug up and shared to Reddit by user Dave2onreddit, A.K.A. "Vancouver History Enthusiast," and even features a glace at the city's former rail line that ran across False Creek between Kitsilano and Yaletown.

Though many aspects of the city have remained the same, most notably the Burrard and Granville Street bridges, the differences are staggering—mostly when it comes to the height of Vancouver's current skyline.

I precisely aligned the 1957 Downtown Vancouver aerial photo with google earth. from r/vancouver

As Reddit user magikian cleverly quipped in the comments, "are you sure these are not just bar graphs of rent prices?"