Craig James resigned as clerk of the B.C. legislature effective Thursday after former Supreme Court of Canada Chief Justice Beverley McLachlin found that he engaged in improper spending.
0
May 16, 2019 12:28 PM By: Les Leyne

Legislature sergeant at arms Gary Lenz was also investigated but cleared of all allegations. 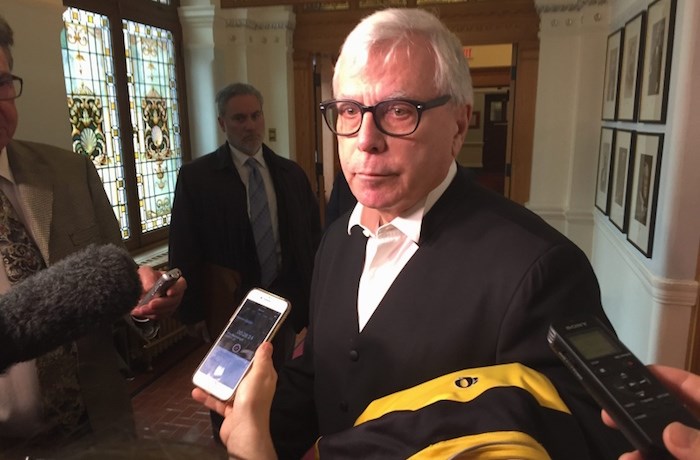 Craig James resigned as Clerk of the Legislative Assembly on Thursday morning. Photo via Times Colonist

The new developments were announced in the legislature by government house leader Mike Farnworth.

No financial settlement is involved in James’ resignation.

The pair were suspended with full pay last November after Speaker Darryl Plecas leveled accusations of improper spending on overseas junkets and on personal benefits.

This is Craig James’ statement:

“But I have had enough. I have been publicly ridiculed and vilified. My family has been deeply hurt and continues to suffer humiliation. In an effort to put an end to that, I have decided to retire, and reach a settlement with the Legislative Assembly.

“When the Speaker’s allegations were finally disclosed to me, I had much to say about them. I provided detailed written submissions and supporting documents, all of which are in the possession of the Legislative Assembly, many of which are not referred to or addressed in the Special Investigator’s Report, and almost none of which are likely known to the public or the press at this time.

“I believe the public has a right to see those submissions and documents, so they can know and understand the whole picture and judge the truth of these matters for themselves.”