Former employees of Matchstick have come forward to chronicle their experiences of workplace abuse
Jul 9, 2020 10:30 AM By: Lindsay William-Ross 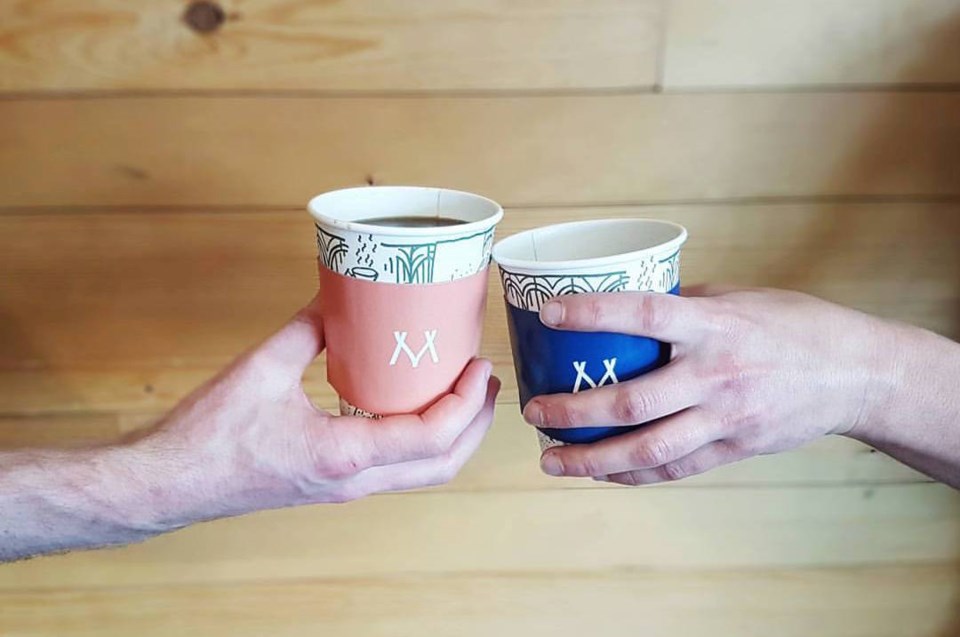 Former employees of Vancouver coffee roaster and cafe chain Matchstick have come forward to chronicle their experiences of workplace abuse.

An Instagram account called @notourmatchstick, with the description "Here to share the voices of those who survived employment at Matchstick," was launched early this week, beginning with a re-share of a post from a former employee who told her tale the day prior on her own account.

Leah Christ, who began working at Matchstick in early 2017, last served as the company's Commissary Manager. In her multi-slide Instagram post, Christ explains that while she is aware of other employees with stories of their time at Matchstick, she would focus on her own experiences, and points to her lengthy silence as part of a "toxic cycle" of self-doubt and blame due to "manipulation."

The manipulation Christ - and ultimately a legion of other ex-staffers - zeroes in on begins from the top down at Matchstick, and its owner, Spencer Viehweger. Viehweger runs the business with his wife, Annie. Ayla Harker, named in several employee posts, "coordinates training and communications at Matchstick," according to the coffee roaster's website.

Known for their light, bright minimalist spaces with communal seating, Matchstick considers their five Vancouver cafes "community spaces." They have a coffee program of brewed and espresso beverages, as well as pastries and other light bites like loaded toasts and sandwiches. Matchstick creates their food at a central commissary, and also operates a coffee roastery. The company launched in 2012.

Christ says she witnessed "intimidation tactics," and saw "verbal threats" to a supplier's employee in an e-mail. She notes she was offered a raise on the condition it would mean a drop in pay for supervisors, and that her reports about a manager making racist remarks and sexual passes at staff went ignored. Christ says the final straw was her having to decline taking a business meeting about partnership at the Viehweger's private home, and then being told doing so embarrassed Spencer Viehweger and had him reconsidering partnership altogether.

The former employee concludes by saying the staff are "treated as expendable objects rather than human beings," adding Spencer Viehweger "is a bully and their behaviour continues to perpetuate a toxic culture of misogyny, intimidation and silence."

On the heels of Christ's revelations, the anonymous creator of the @notourmatchstick account has been sharing other stories from ex-Matchstick employees.

So far nearly 40 accounts from employees have been posted to the account.

Among the incidents brought to light include one staff member being fired on the phone during a casual conversation about movie-watching; a baker being told to come in sick; Spencer's use of Christianity to manipulate employees; staffing and scheduling woes; management's inaction on serious concerns at the cafes including safety; beratings in front of colleagues; missing pay; poor working conditions; being put on duties below training and skill levels; and register discrepancies being balanced by removing money from staff tips - just to name a few.

Many former employees use terms like "toxic" and "manipulative," to describe the environment, and chronicle physically and emotionally demanding labour with lack of support from the top down. Several point to sexist, racist, and misogynist behaviour. One account stems from pre-Matchstick days when Spencer viehweger was a manager at another local coffee company; the woman said when prompted to tell her manager, Spencer Viehweger, why she needed a day off he put his hand on her knee and said "I'll pray for you."

Further scathing reviews from presumed ex-employees of Matchstick are posted on the job site Glassdoor.

Matchstick says Spencer Viehweger will be "stepping away from his in-person roles" at the business "to make space for the group to process and heal from these events."

The coffee roaster says they have brought on an external human resources company to facilitate an examination of internal operations, including creating "space for our staff to speak up and share their concerns."

While the company asserts "Matchstick is not just one person," commenters on the Instagram post indicate they do not feel this statement or decisions are adequate responses to the problems.

UPDATE 4:30 PM: Spencer Viehweger has issued a statement indicating he and his wife, Annie, have stepped down completely. He has resigned as of today, and the couple is divesting themselves from all shares of the company. Read the full story HERE.

Editor's note: A previous version of this article did not include the information that one incident took place at JJ Bean; that information had not initially been made clear on the @notourmatchstick account and has since been rectified there.