Travellers have long been accustomed to hitting a data black hole as they enter the Dunsmuir tunnel.
Feb 26, 2020 12:46 PM By: Tyler Orton 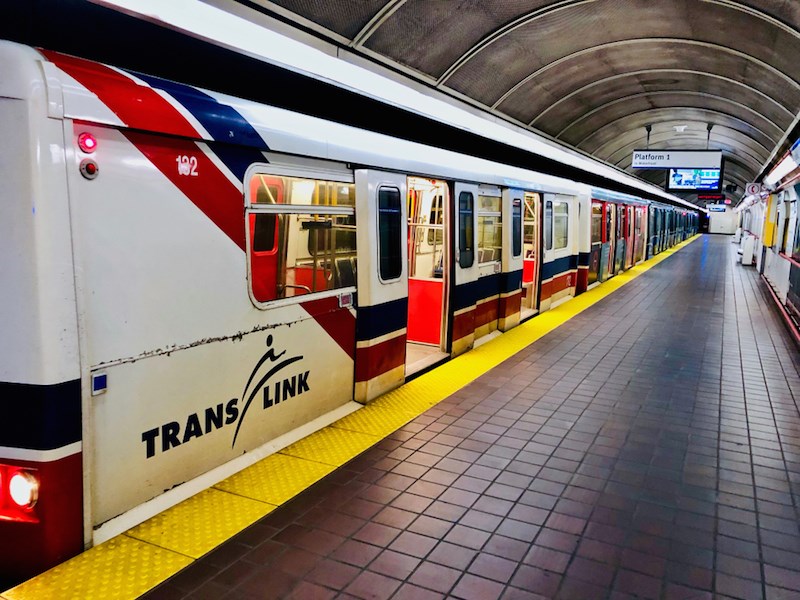 What happened: Telus, Bell are now offering wireless coverage to customers in the underground portion of the Expo Line.

Why it matters: Commuters along the Canada Line have been able to get uninterrupted coverage for more than a decade.

Some Vancouver commuters who bide their time on the Expo Line texting friends, listening to streaming music or playing mobile games might make for cheerier travel companions this week.

Travellers have long been accustomed to hitting a data black hole as they enter the Dunsmuir tunnel during their trips.

Bell Canada, too, has deployed wireless service this week along the same stretch that also covers the Granville and Burrard stations, according to a report from iPhone in Canada.

Freedom Mobile Inc. has been offering coverage since 2018.

While the underground portion of the Canada Line has offered wireless coverage to commuters since its 2009 launch, the Dunsmuir tunnel was constructed decades before cellular coverage was a consideration.

Telus did not reveal the cost of the new infrastructure.

But the Vancouver-based company spent $2 million building the infrastructure throughout the Canada Line to support underground service.

Carriers such as Bell and Rogers Communications pay Telus to use the infrastructure.

But Wind Mobile — now known as Freedom Mobile — complained at the time those costs were too high.

It filed a petition in 2012 with the Canada Radio-television Telecommunications Commission (CRTC) requesting access to the tunnels to build its own infrastructure.

But by 2015, Wind Mobile eventually tapped into the Telus infrastructure along the Canada Line instead of building its own.

Shaw Communications Inc. announced in late 2015 it was buying Wind for $1.6 billion, eventually rebranding it as Freedom Mobile.