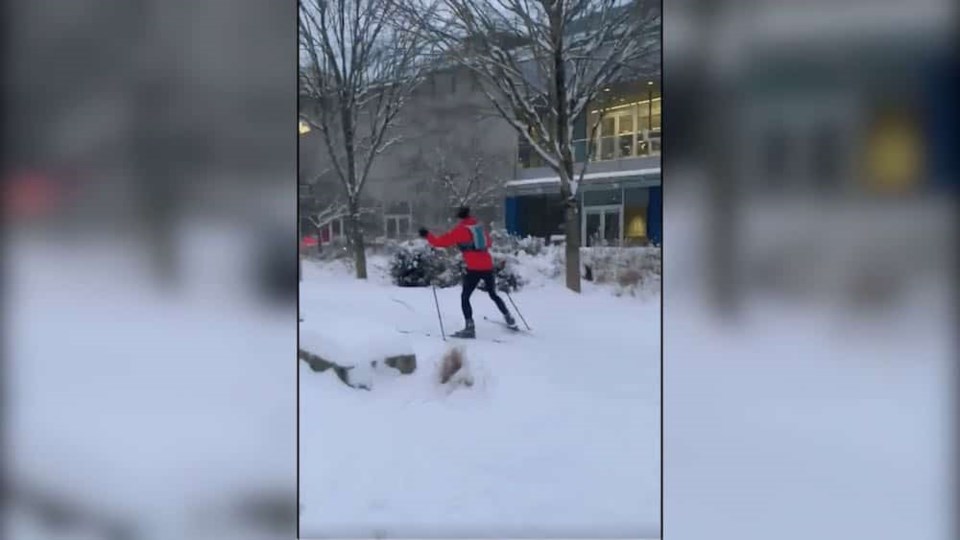 While many Vancouverites begrudgingly faced the wintry weather this morning, a few clever locals chose a unique mode of transportation in the city: skis.

Jada Basi shared an image of someone skiing in Vancouver on Twitter, noting how a bike lane transfromed into a, "cross-country ski course."

Matt MacDonald, a meteorologist with Environment Canada, also opted for a fresh slide to the office this morning. Equipped with skis and winter gear, MacDonald teased, "Thanks for trying @TransLink but skis were the best choice for today’s commute."

Last year, Vancouver Is Awesome spoke to the father of a local teen who skied to school. He shared a video of his son skiing across a beautiful, snowy street captioning that, "Some love the snow in Vancouver! Transit problem solved."

Have a look at some more photos and videos of Metro Vancouver's snow madness from the morning.