For the past 17 years, the Heart of the City Festival has showcased the creativity and stories of the Downtown Eastside.
Oct 4, 2020 10:13 AM By: Jen St. Denis / Local Journalism Initiative 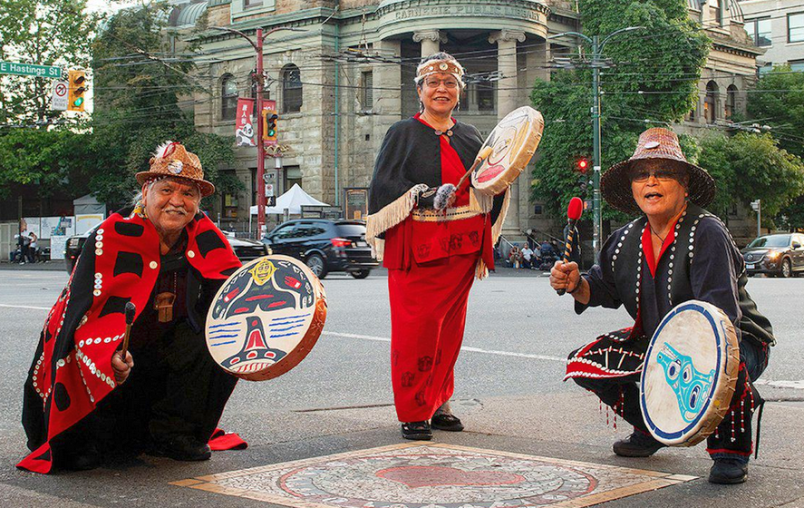 Performers such as Leslie Nelson, Marr Dorvault and Sam McKay will keep the Heart of the City alive despite the pandemic. Photo by David Cooper

For the past 17 years, the Heart of the City Festival has showcased the creativity and stories of the Downtown Eastside.

But while other arts festivals have mostly gone online to prevent the spread of COVID-19, many people who live in the Downtown Eastside have barriers to accessing the internet.

That’s left Heart of the City organizers juggling how to offer performances online but also reach people in person, and they’ve come up with some creative ideas.

“We’ll be doing a lot of activity out on the street itself, musicians and window displays and things like that,” said Terry Hunter, the artistic director of the festival.

“It could be a musician walking down the street, singing and playing the guitar. It could be a jazz band appearing on a corner in a marching style,” Hunter explained. “And they stop at a corner, and if [too many] people stop, they walk away and go down the street.”

Hunter said the festival will also have some viewing rooms open at venues like the Carnegie Community Centre, with limited seating, so residents can view livestreams or previously recorded performances.

Organizers are also hoping to put on an event at Crab Park. Most live events will be filmed so audiences can watch them online.

But he said Heart of the City is even more important this year, given the deep challenges facing the Downtown Eastside.

The theme, “This Gives Us Strength," refers to the challenges the community is coping with right now: the COVID-19 pandemic, a worsening overdose crisis, bigotry and systemic racism.

“This offering will definitely be sort of a beacon for many people in terms of what we can be hopeful about, what’s possible?” Wendell McClelland said.

“I think the arts are unparalleled in terms of helping us to cultivate an imagined possibility. A hopeful possibility. Reality that’s not yet seen, but that we yearn for.”

Wendell McClelland has put together a musical showcase event called “Spotlight on the East End” that will feature local musicians, including Rup Sidhu, Hannah Walker, Curtis ClearSky and the Constellationz and Geoff Berner.

Other events will range from a workshop on making political change led by former MP and longtime local activist Libby Davies, to Cantonese opera, to a film about the Survivors Totem Pole raised at Pigeon Park.

And some projects are more about doing than watching or listening: the Grounds for Goodness project will involve 10 people from the Downtown Eastside who will participate in a community art project that celebrates acts of kindness towards others.

In a collaboration with the SRO Collaborative, residents of single-room occupancy hotels — a common form of low-income housing in the neighbourhood — will write haikus about their experiences living in the buildings.

The festival is also making an effort to continue employing Downtown Eastside residents.

“It’s the community’s festival,” Hunter said. “It’s really about the struggles and the hopes and the dreams and the experiences of residents of our community. So we work really hard to get underneath all that and provide a platform for people to have a voice.”

The festival will feature over 50 events and run from Oct. 28 to Nov. 8. For more information, go here.

Jen St. Denis is a Local Journalism Initiative reporter with The Tyee.