At least two Hootsuite Inc. workers who spoke out publicly against a contract with ICE say they are no longer employed at the Vancouver-based tech company.
Oct 6, 2020 2:01 PM By: Tyler Orton 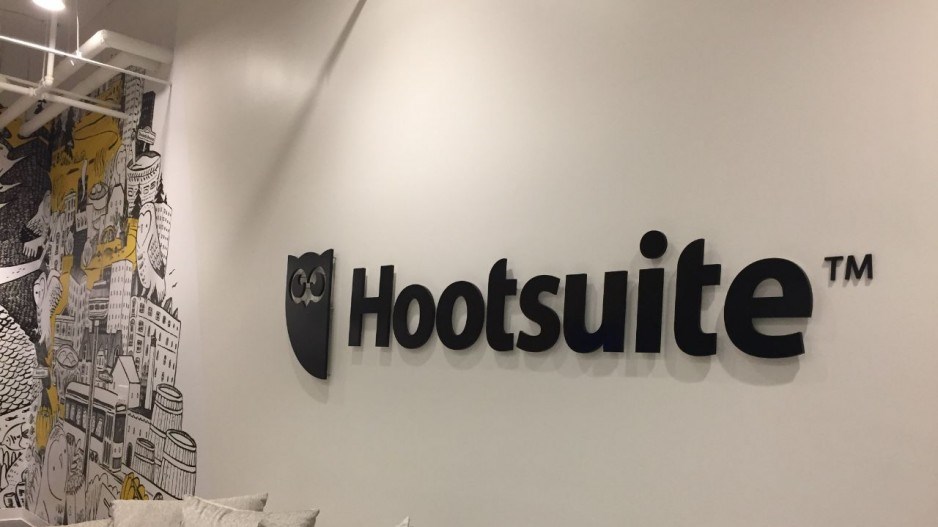 At least two Hootsuite Inc. workers who spoke out publicly against a contract with U.S. Immigrations and Customs Enforcement (ICE) say they are no longer employed at the Vancouver-based tech company.

Multiple employees took to Twitter and Facebook in late September to express exasperation after ICE awarded Hootsuite a US$500,000 contract through a third-party vendor.

The American law enforcement agency has been the focus of criticism, controversy and outcry the past two years amid Trump administration policies separating migrant parents from their children at the U.S.-Mexican border.

Following pushback from workers, new CEO Tom Keiser said in a Sept. 24 statement the company was not proceeding with a deal with ICE.

Sam Anderson, a senior training specialist with the social media management company, was among those speaking out against the deal on Sept. 23.

“As of yesterday morning I am no longer employed by Hootsuite. I’m not sure what I can and can’t say about my departure, but I assume it’s fair to say (and also probably obvious) that it was not my decision to leave,” she tweeted Tuesday (October 6).

Another employee who had publicly admonished Hootsuite last month contacted BIV on Monday to confirm they were no longer employed at the company.

BIV is not sharing the worker’s name at this time after they expressed reluctance to speak with the newspaper before first consulting with a lawyer.

“To protect privacy, we do not discuss details related to any employee status. Hootsuite supports differences of thought and opinion within the company and firmly believes in engaging dialogue. We deeply value the trust of our employees, partners and customers. To that end we must be unequivocal in upholding our confidentiality obligations,” Hootsuite spokeswoman Lauren Burge said in an email.

Hootsuite had not responded to multiple inquiries from the newspaper since Keiser, who was hired in July, said the company was not moving forward with the ICE.

After he made the announcement on Sept. 24, an ICE spokeswoman told BIV the following day the agency had not received notice the contract would not be fulfilled.

Hootsuite’s products had been tapped to manage ICE’s social media accounts “that help educate the public about the work done every day by our law enforcement officers,” according to ICE spokeswoman Houtmann.

Data shared on the U.S. government’s official awards management website shows more than US$500,000 in Hootsuite licences were being delivered to ICE via FCN Inc., a Maryland-based provider of technology services.

Hootsuite has yet to address multiple inquiries from the newspaper to clarify the status of the deal or to clarify an initial statement sent to BIV in the late evening of September 23 implying it had no involvement with ICE.

According to Keiser’s Sept. 24 statement, management’s initial decision to move forward with ICE had created a divided company.

“This is not the kind of company I came to lead. I — and the rest of the management team — share the concerns our people have expressed,” said Keiser, who lists his current location as San Francisco on LinkedIn and is the former chief operating officer of software firm Zendesk Inc.

While Hootsuite had been at the centre of speculation for a possible initial public offering for years, Reuters reported in 2018 the company had engaged Goldman Sachs Group Inc. to inquire about a potential sale.

But the process was abandoned just before Christmas 2018 when Hootsuite determined offers were less than the US$750 million it was aiming for, according to a Jan. 2019 report from The Globe and Mail.

Holmes said in a November 2019 statement to BIV Hootsuite undertook a benchmarking exercise at the beginning of 2019 and determined that the company “sit[s] very well amongst a number of criteria” for other companies that have gone public in the past year.

Hootsuite was founded in 2008 has about 1,000 employees worldwide.