John A. Macdonald statue to be removed from Victoria's city hall

The statue of Sir John A. Macdonald, Canada’s first prime minister, will be removed from the doorstep of Victoria City Hall on Saturday, says Mayor Lisa Helps.
0
Aug 8, 2018 1:47 PM By: Jeff Bell

The statue of Sir John A. Macdonald, Canada’s first prime minister, will be removed from the doorstep of Victoria City Hall on Saturday, says Mayor Lisa Helps. 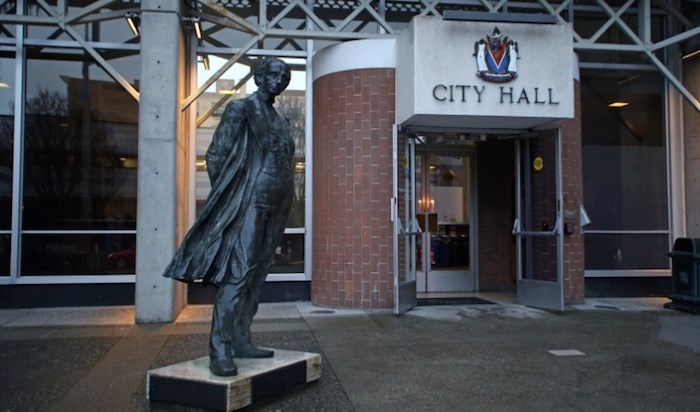 Helps said a key part of reaching a decision on the statue was creating a “city family” to discuss the issue, rather than a formal task force. The group includes her, councillors Charlayne Thornton-Joe and Marianne Alto, and members of the Esquimalt and Songhees Nations.

The decision on the statue will go to city council on Thursday.

“All council is being asked to do is endorse the family’s decision,” Helps said. “So it’s been a year of deliberation, and it feels like if we really are sincere about the reconciliation, we need to remove the statue, put it safely in storage and have a continued and larger conversation about the complex role that John. A. Macdonald played in Canadian history.”

Macdonald was the “architect” of the residential-school system, she said.

She said she thinks it is “very unlikely” council would oppose the decision that has been made.

“I would find it very odd and troublesome, and I don’t anticipate that happening.”