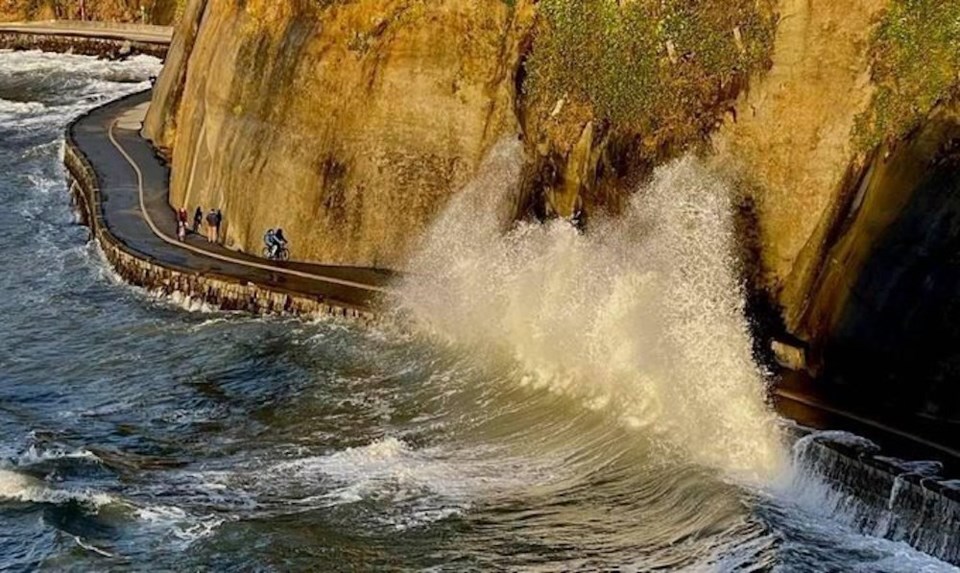 Vancouver locals are sharing breathtaking photos and videos on social media of waves crashing against the Stanley Park Seawall in the bright sunshine.Photo via Roger Larry / Facebook

Vancouver locals are sharing breathtaking photos and videos on social media of waves crashing against the Stanley Park Seawall in the bright sunshine.

The sun was shining bright in Vancouver on Friday (Feb. 26) but Environment Canada issued a wind warning, calling for powerful winds gusting up to 90 km/hr.

A large tree that came down along the seawall in Stanley Park also forced a closure of the popular walking and biking path.

A couple of locals shared photos and videos of the tempestuous weather event, which included massive waves crashing against the seawall.

Have a look at his video of the waves.

Have a look at some pictures of the waves crashing along the seawall on the windy Friday.

--With files from Lindsay William-Ross.