Dr. Bonnie Henry is the highest-ranked British Columbian on the annual list
Jan 19, 2021 11:48 AM By: Brendan Kergin 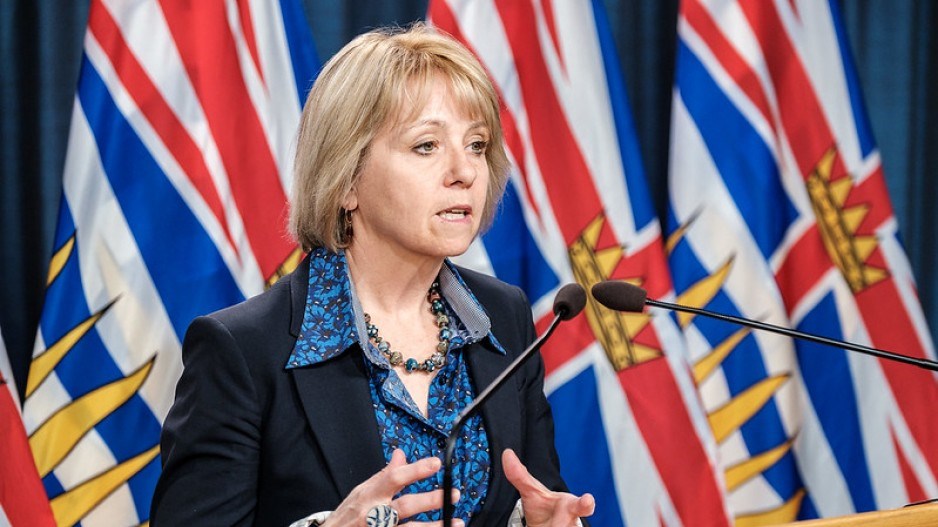 Maclean's annual 'Power List' has been published, and while the magazine focuses heavily on the political and media centres in Ontario, several British Columbians show up, including a couple based in Vancouver.

From the rankings it's clear Maclean's holds First Nations leaders from B.C. (political, economic and cultural) in high regard. The list names three specific people who are based in Vancouver; all are First Nation.

Highest on the list (21) is Terri-Lynn Williams-Davidson (who's Haida name is Gid7ahl-Gudsllaay Lalaxaaygans). The lawyer/activist/author and more has been a voice for First Nations and Indigenous people for years. While still based partially in Masset, her law firm, White Raven Law, is based in Metro Vancouver.

"She represented her nation before the Supreme Court of Canada arguing for protection of old-growth forest; the result was the 2004 landmark ruling that established the Government of Canada’s duty to consult Indigenous peoples over actions that could affect their Indigenous rights," notes Maclean's writer Aaron Hutchins. "More recently, Williams-Davidson is seeking a declaration of Indigenous title to Haida Gwaii, including—in what could be a first in Canada—the ocean waters surrounding it."

Two others based in Vancouver made the list. At 46 is Teara Fraser, the founder of Iskwew Air, an airline focused on Indigenous tourism and women pilots.

"Fraser told one interviewer she hopes to 'honour the women that I’m alongside by continuing to dismantle systems of oppression and to stand for truth, justice and equality,'" writes Maclean's Nick Taylor-Vaisey.

At 49 is Alfred Waugh. Originally from Yellowknife, the renowned Vancouver-based architect is the founder and lead architect at Formline Architecture.

While those three are all based in Vancouver, others connected to the city were on the list as well.

NDP leader and current Burnaby MP Jagmeet Singh sits at 36 on the list. While a Metro Vancouver MP, he's a newcomer to the region, having parachuted in for the 2019 by-election for the Burnaby-South riding after becoming leader of the NDP without a seat in the House of Commons. Just below Singh at 37 is Premier John Horgan, one of four premiers to make the list. While based in Victoria essentially his whole life, Horgan's impact on Vancouver right now is significant, and he's likely influenced by what goes on in the largest city in the province.

The highest-ranking British Columbian, sitting at fifth, is Dr. Bonnie Henry. Noting her leadership during the pandemic, Maclean's calls her the "personification of reassuring leadership­" and expects her role to grow in the future.

"Henry’s province did not emerge from the second wave as relatively unscathed as it did from the first," writes Shannon Proudfoot. "But Henry’s calm, cool—and kind—public health leadership should ensure she’s in the conversation for a national role in the future."

Also on the list, at 15, is the general term 'Retired Supreme Court justices.' While this includes many people, two prominent ones are Beverley McLachlin and Frack Iacobucci. McLachlin was a big name in the provincial legal system before joining the federal court and often worked out of Vancouver. Iacobucci was the first Supreme Court justice to be born, raised and educated in B.C., but didn't spend as much of his working life in B.C.

From rural B.C. Chief Woos and the Wet’suwet’en hereditary chiefs and matriarchs also made the list, at 20. The way the group dealt with the crisis between the Canadian government and local protestors early last year has opened up new avenues for self-governance, notes Maclean's.

"The agreement didn’t mention the pipeline, and some chiefs elected under the band council system have called the process into question," writes Marie-Danielle Smith for the magazine. "Still, this will prove an important litmus test. With Wet’suwet’en hereditary chiefs in a position to rewrite what a modern nation-to-nation relationship means, the spotlight is still theirs."

The annual list, unsurprisingly, puts Prime Minister Justin Trudeau on top of the power list, followed by Shopify co-founder Tobias Lütke and Joyce Echaquan, the only person on the list who's passed away. Echaquan's Facebook live stream from the minutes before she died have become a touchstone for First Nations healthcare activists after the video captured the 37-year-old mother begging for help from healthcare staff while the staff insulted her.