Man behind controversial J.K. Rowling billboard arrested at Vancouver protest – but not for protesting

He says he was downtown 'to have conversations' with people and protesters
Oct 26, 2020 11:51 AM By: Sarah Grochowski 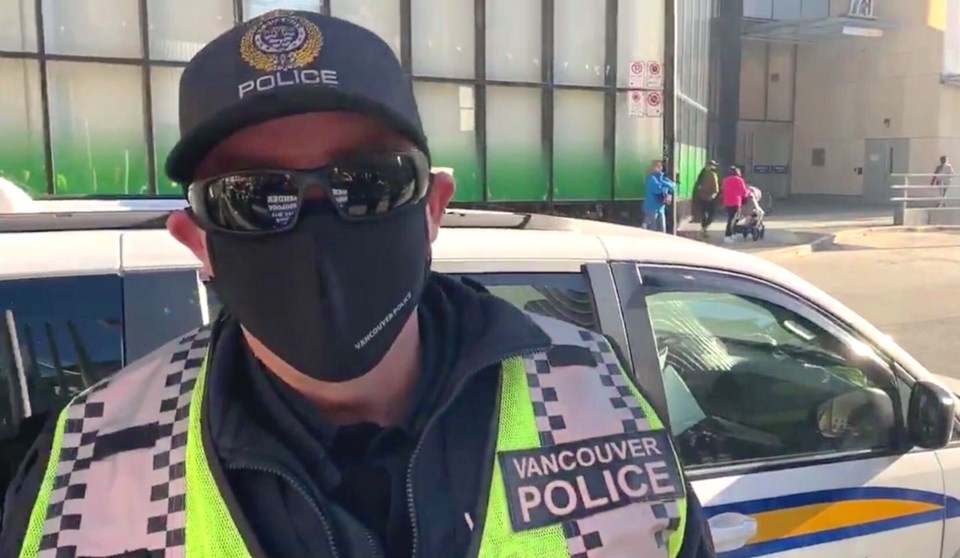 The suspect recorded his interactions with Vancouver police and protestors prior to his arrest. (Screengrab/Twitter)

A Metro Vancouver man who – in his own words – was “going downtown to walk around and have conversations,” was swept up in a crowd of protestors and police and arrested Saturday.

Elston recorded much of his interactions with the police on video.

Those videos also capture him being confronted and surrounded by protestors.

This was when I first arrived and was immediately surrounded on all sides.

I went to talk to the police but they didn’t care. In fact, they blamed me. pic.twitter.com/ZvTK0vCUHB

“We’ve got a whole bunch of violent people here today, trying to stop me from moving,” he said after a female protester shrouded his camera with her hand.

Another appears to have taken his cell phone from him for a time.

Elston told Vancouver Is Awesome what initially drew him to the demonstration – the day people gathered in solidarity with Mi’kmaq fishermen – was the crowds.

“I go to crowds because I like to have conversations,” he said in a message on Twitter.

“I didn’t even have an opportunity to know what was going on at the art gallery,” he added.

Man in the purple vest comes and plows into me, and I get immediately grabbed from behind by multiple officers and arrested. pic.twitter.com/ChRir1ZFmz

By 4 p.m. he was arrested and taken into police custody.

Visintin said it was because he “was antagonizing other protestors and even attempted to punch someone.”

“The suspect was warned several times by police to stop, but he did not listen,” Visintin added.

This was right before the man in the purple vest rammed into me and I was immediately arrested.

I wasn’t ordered not to go into the public square.

An officer said not to as ‘advice,’ but then said “you can, you can” regarding me walking there. pic.twitter.com/MS5STzjlvu

When Vancouver police officers formed a quasi-barricade around the suspect, Elston fired back: “I’m allowed to be here, I’m allowed to walk freely.”

“I’m telling you don’t go through that crowd. I’m asking you not to go because you’re instigating,” replied one officer, in a conversation the suspect caught on camera.

Police confirmed charges against the man have not yet been approved by Crown counsel.

Elston told Vancouver Is Awesome he plans to sue the Vancouver Police Department.