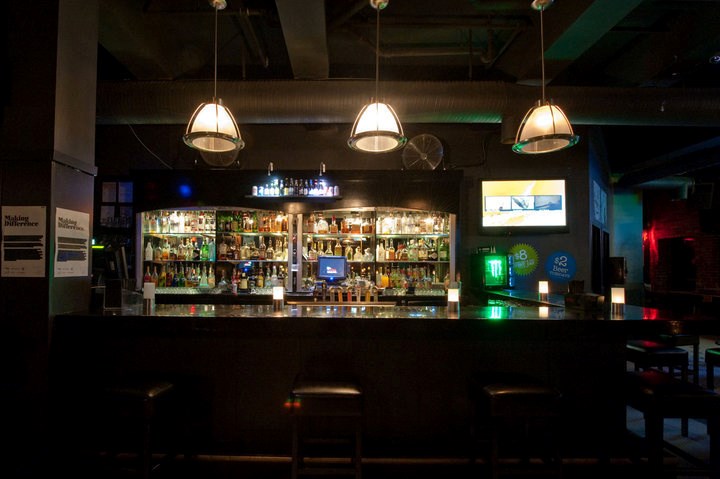 A Vancouver pub has shut its doors this week and says it's due to the new restrictions put in place in B.C. aimed at curbing the spread of COVID-19.

The Metropole, located on Abbott St in Gastown, posted their closing notice on Instagram just a couple of days after B.C. provincial health officer Dr. Bonnie Henry announced the immediate closure of nightclubs and banquet halls, as well as capping hours for liquor sales at bars, pubs, and restaurants.

"We hold our heads high in knowing that we tried our best, didn't mess with our format, played by the rules and didn't raise our prices," reads Metropole's closure notice. "But given the new rules implemented on Sept. 8th our business is no longer sustainable."

Under the new orders, Metropole, and other establishments serving alcohol, must end all liquor sales at 10 p.m. Those venues that serve full meals can remain open until 11 p.m., but cannot resume selling alcohol again until 11 the following morning.

The order amendments were implemented in the wake of an uptick in possible COVID-19 exposure events, especially in Vancouver, in venues like nightclubs, bars, and private parties. "These venues are still a source of significant risk to people in British Columbia," said Henry Sept. 8.

"Being indoors is riskier than being outdoors," added Henry. Large numbers of people are being inadvertently exposed when in close proximity indoors at places like nightclubs and bars. Those venues become riskier when patrons consume alcohol.

However, many Vancouver pubs and bars, like the Metropole, rely on alcohol sales in the later night hours in order to stay afloat.

Already, the Metropole had tweaked their offerings in the spring in order to continue running the business while customers were not able to be inside bars, pubs, or restaurants.

Now British Columbia's hospitality industry is pushing back against the province's new public health orders around restaurants and bars, saying the new measures will have devastating impacts on the entire industry.

“[Establishments] simply cannot absorb further drops in revenue when they have invested significant amounts to re-configure their operations and have been operating carefully and in compliance with the rules,” the letter states.

The advisory panel, made up representatives from restaurants, breweries, wineries and distilleries in the province, is urging the government to extend liquor sales to midnight, rather than 10 p.m., and to have greater enforcement of non-compliant venues, rather than imposing broad rules that impact the establishments that are following the rules.

The panel says pubs in downtown Vancouver make close to 50 per cent of their sales revenue after 10 p.m.. Without disclosing the business, the panel also said a “restaurant group in the Interior” says they expect to lose between 20 and 65 per cent of its revenue if the current orders remain in place, and they expect to lay off half of their staff at one of their locations.

The Metropole has been a watering hole in Gastown for decades; the building was constructed in 1910 and was first home to the Travellers Hotel, which ended up adapting their neighbouring hotel's name in the mid-1920s when the original Hotel Metropole was demolished. "The Metropole name has remained the same since it first opened as a pub, likely around the middle of last century," explained the Georgia Straight in 2005. It was around that time that the bar had undergone a renovation and re-emerged as "The Met." In 2010, Vancouver's Donnelly Group had taken over, rebranding the long-running venue as the Metropole Community Pub, however it's been a few years since the company divested the Met from its portfolio.

According to the Metropole's Instagram closure notice, the pub has shuttered effective immediately.

With files from Nicholas Johansen/Castanet

Another Vancouver restaurant is closing its doors
Aug 29, 2020 10:43 AM
Comments
We welcome your feedback and encourage you to share your thoughts. We ask that you be respectful of others and their points of view, refrain from personal attacks and stay on topic. To learn about our commenting policies and how we moderate, please read our Community Guidelines.